Yesterday was a classic day in which the conditions at Hookipa changed every 10 minutes or so. Please remember that when reading the beach reports, that only indicate the conditions when I see them. At 6am it looked so bad that I almost went foiling. By 8am it looked quite a lot cleaner, as this wave by Micah Nickens shows. 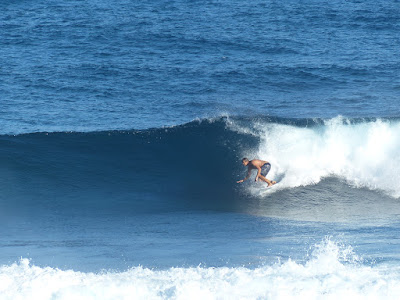 Paige Alms. I saw her in top physical shape. 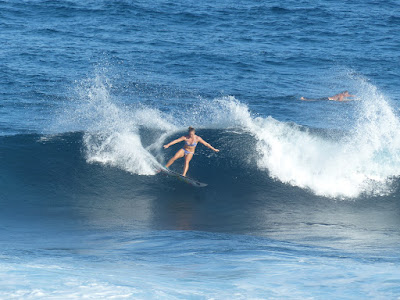 Later in the day Jimmy Hepp took photos of the surfers and put them in this album. Matt Meola.﻿ About a foot 15s at the buoys. Below is the graph of Samoa on the 4th indicating 6.7ft 12s at 5am. IF that's what we have at the buoys, you can see how this swell lost about 6ft in height and gained 3s in period. Sounds a bit extreme to me, but that's how it looks like. 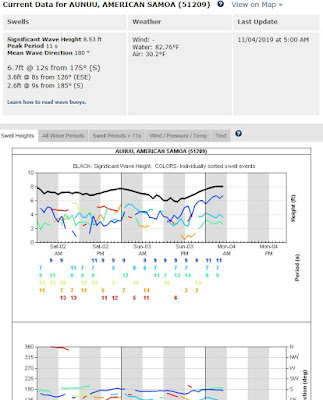 Below is the collage of the maps of Nov 1 through 6. You can follow the evolution of the fetch, which was strongest on the 4th. Consequently, the swell should be strongest on Monday.

The Lahaina webcam only shows small waves (this was an isolated much bigger than average one), but check it out yourself if interested. 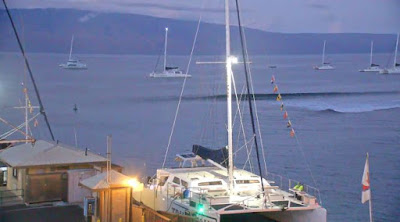 1.8ft @ 5s from 27° (NNE)
5ft 9s from 13 degrees should mean fun size waves at Hookipa (once again at least head high) and most spots of the north shore. Will try to report before 7am.

Wind map at noon. Should be calm or light offshore till 10-11am.

South Pacific has a fetch with a section oriented towards us and another towards Central America (we should get some angular spreading). 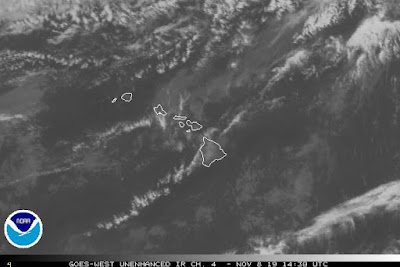