Another day of fun waves at Hookipa. October had wind (and big waves) for a few days at the beginning, and then it has been pretty much windless. 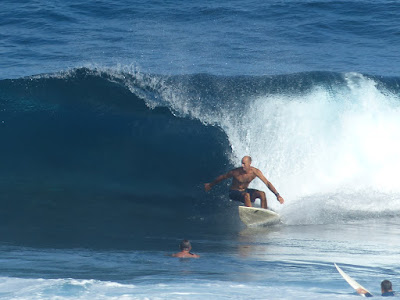 Nice readings at the local buoys, the first pulse of the amply predicted south swell is here. Imo, there will be another bigger pulse on Monday, but in the meantime, there's some occasional head highers at the harbor and absolutely perfect conditions. Check the Lahaina webcam yourself if interested. 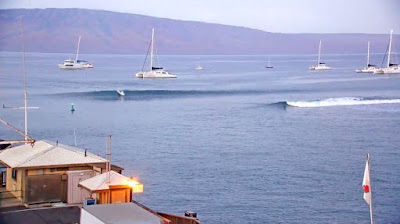 GP's rule of thumb for the travel time says 16h @16s +/- 1h -/+1s, so at 13s it takes 19 hours to get here. From dawn to dask, the size should increase. Probably starting with the usual head high stuff. I will possibly report from the beach around 7am... unless I turn around at Lanes and go surf in Lahaina. 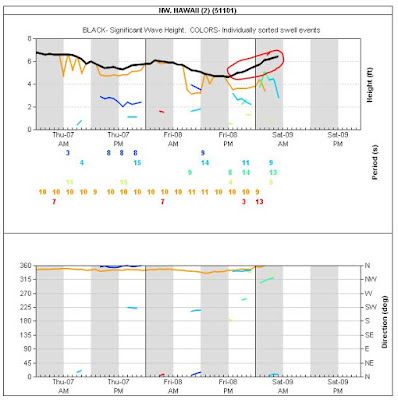 North Pacific has a couple of NW fetches, both pretty large, but also weak.

South Pacific has a weak SSE fetch (the one in the Tasman Sea is too weak to do anything for us). 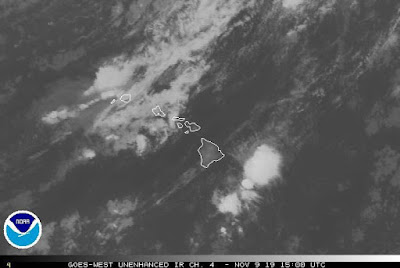