Big waves yesterday, let's open with a Jaws one posted by Kai Lenny (photo by Erik Aeder). The caption was: Another great day testing a new concept paddle-in gun at Pe’ahi. Crazy potential for the really big day soon to come! 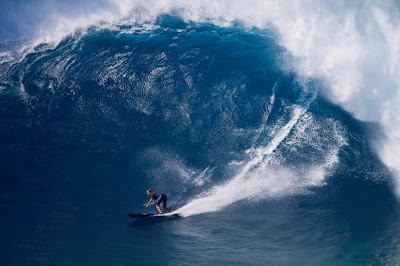 This is what I saw around 6.30am at Lanes from the highway. Knowing the swell was going to increase quickly, I wisely turned around. 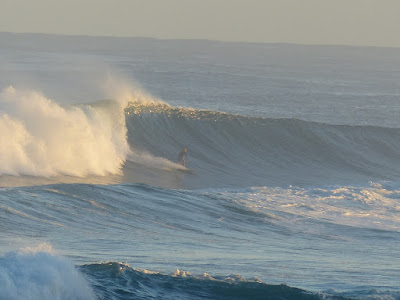 Unfortunately I still did more damage that I wanted. Wonderful opportunity to practice non attachment to material things. 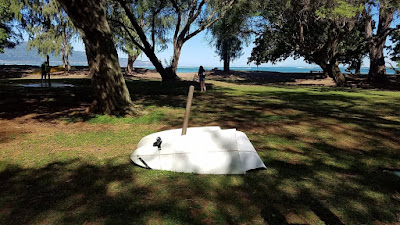 Let's squeeze in other photos from contributing photographers. What makes Kaa Point (kite beach) such an excellent foiling spot is that the waves break on the reef one km out and then they keep rolling on the inside allowing for rides that eventually can go all the way to the beach. Unbroken head high rollers with the perfect steepness. Just ran into this video from two years ago that shows one of such rides.
No need to go to Kanaha for foiling, leave that steeper break to the surfers, please. Photo by Destination360. 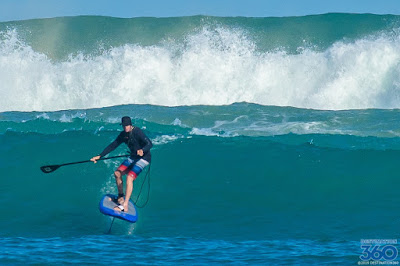 The harbor was a lot more manageable, this is Nick illustrating massive advantage n.3 of SUP foiling vs prone foiling: you can lean on the paddle in the cut backs. The other two are:
- faster paddling
- you can catch the wave with your feet already in the footstraps
The only advantage I see in the prone version is that, once you're flying, you have a much smaller/lighter board under your feet.
Personal preferences count more than objective advantages/disadvantages, so to each one his own, I'm just providing information. 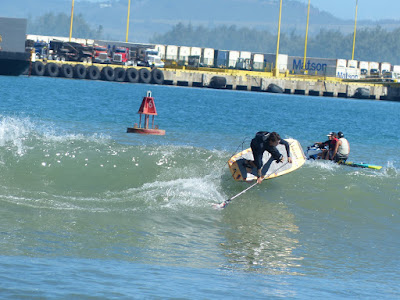 Let's close with another Lenny at Jaws. This is Ridge towed into a bomb. Photo by Randy Sarrow. 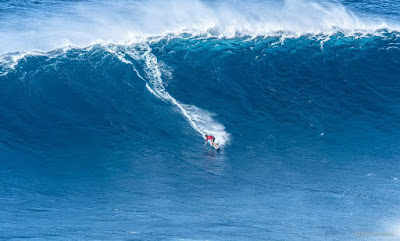 4am significant buoy readings and discussion
South shore
No indication of southerly energy at the buoys, but that might be because of the strength of the NW wrap "overwhelming" it. The fact that the Lanai buoy might get hit by that wrap doesn't mean that Lahaina will, as the west side of Maui favors a more northerly direction. The only thing that can help in these cases is the Lahaina webcam. That looks pretty good to me, check it out yourself if interested. 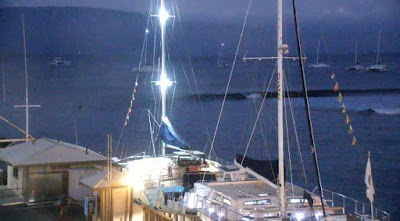 3.8ft @ 10s from 329° (NW)
Below are the graphs of the three reported buoys, all showing that the swell peaked yesterday. The trend will be a declining one, but it's going to be a pretty slow decline, still plenty big waves to play with today.
This is how Pat Cladwell describes the predicted evolution of this swell: Heights should remain above the November average with a downward trend on Tuesday from 315-345 degrees. Breakers should hold a notch under the average Wednesday into Thursday 11/6-7 from the same direction. Heights should trend towards small levels Friday into Saturday morning.

North Pacific has the NNW fetch responsible for the current swell still in place and a new NW one in the NW corner.

Still a decent fetch in the South Pacific. 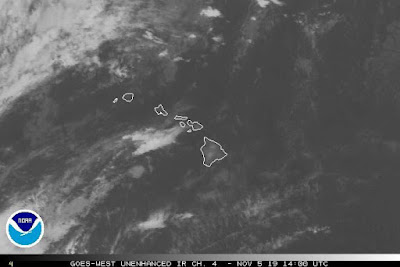