Forgot to charge my phone, but I got time to post an update from home after my session and before going to work.

Waves were in the head high range with occasional bigger sets. It was uncrowded (still is) and the lefts at the Point were fun. Chip even found a little cover up. That's how good of a surfer he is. 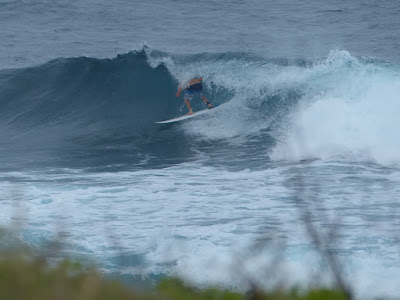 This looks like Kody Kerbox (not sure though) and that's a good bottom and top turn combo. 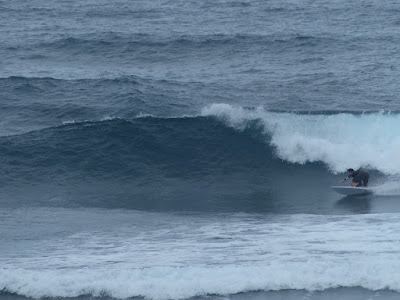 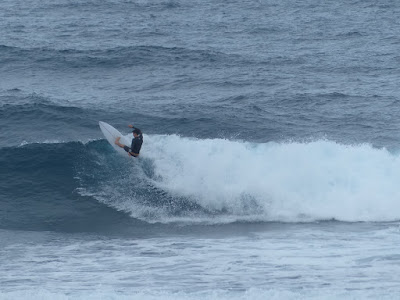 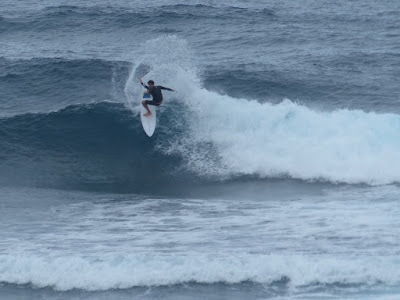