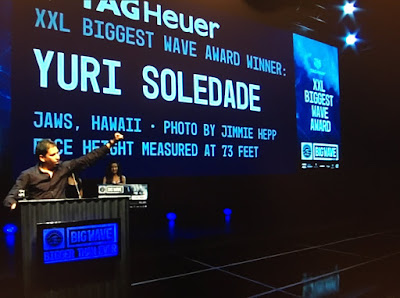 And congratulations to Jimmie Hepp for the winning photo, which is this one below. When it first came out, I told Yuri that I measured it at 14 times overhead, which is pretty much around 70 feet. I was a little short...
Also big congrats to the other Brazilian Maui resident Andrea Moller for winning the women performance of the year. 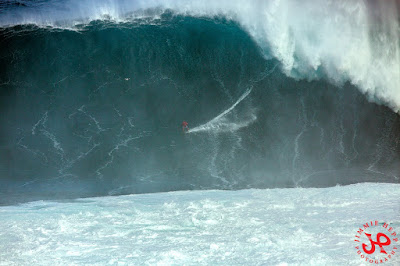 Yesterday I tuned in the WSL website to watch the award ceremony, but I immediately disliked the format and instead checked out a minor contest that was broadcasted live from... freaking Lance's right in the Mentawais!
The commentary and production was as bad as it gets (guess we're all now spoiled by the top WSL guys), but the waves were unreal. I just couldn't believe I was watching it live! Never been to the Mentawais, it's just too expensive compared to the much cheaper options I found elsewhere, so I'll probably never surf it, but now I know what it looks like: like Desert Point, but right. To be honest, Desert can be much longer than that, but the quality of those barrels is undeniable.
Here's a photo from Piso Alcala that I took from this page. 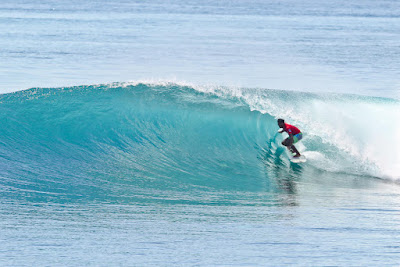 And it's because I know how to find cheap ways of travelling that I announce that tonight I'll go to Bali for a couple of weeks. I won't be doing the Maui forecast, but I'll be posting random non-daily reports from there. Keep checking the blog, I also have a new sponsor to announce and I'll do that around the 30th. The regular daily calls will resume Monday May 9th.

The leftover NW energy is much smaller than the past few days at the NW and Waimea buoy, while there's a significant windswell at the Mokapu one. With the Pauwela buoy working, we would have all these information right there, but we have to look around the other buoys instead.
Probably Hookipa will still be head high, but with a downward trend. I'll post an update when I see it.
Also some energy leftover from the south with very marginal sizes and periods, but I like those long period readings at the Barbers, W and SE buoys. I'll make sure to check the Lahaina webcam before I decide where to go.
MC2km maps NOT updated yet, this is the 6am map in yesterday's run. Loos like another windy day. 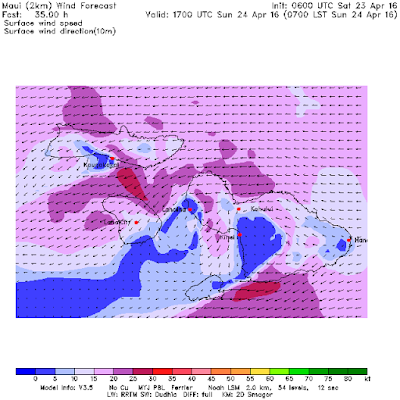 Wind map shows a nice NW fetch and a windswell one. 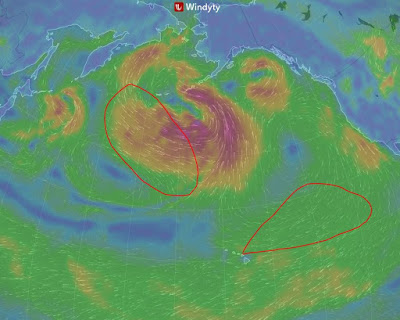 South pacific shows a nice fetch in a good position, you guys gonna have some action while I'm gone. 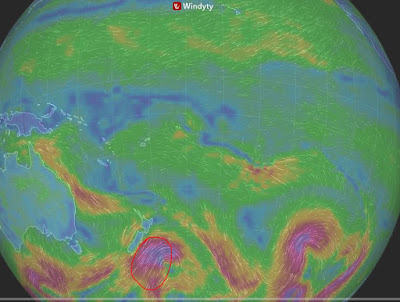