NW swell on the decline, but still some big sets (mixed with a 6 feet windswell) yesterday at Hoo.

I took photos for only 25 minutes in a moment in which the wind was so light that no one was planing, nonetheless Mark Angulo put up the usual amazing show.
There were other good sailors in the water, but Mark is just sailing on another planet these days.

This is the best shot. Do yourself a favor and click on it.
I mean, you got to be kidding... 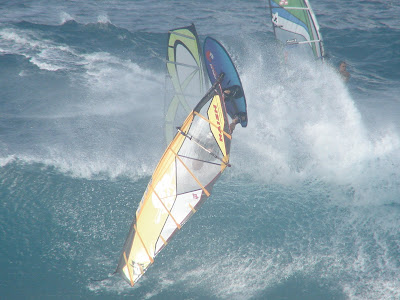 Chronological order.
Lil two photos sequence. When I take a photo with my cheap camera, the screen goes blank for a second... 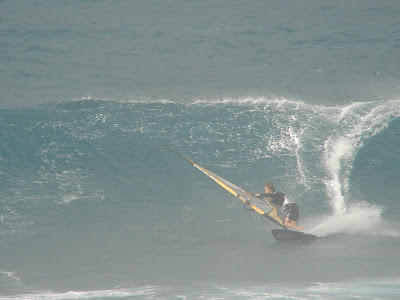 ...that's why rarely I can take photos of consecutive bottom and top turns. This time I managed to, but clearly I didn't aim properly.
Well, Mark did! 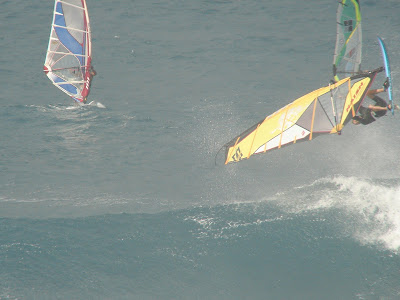 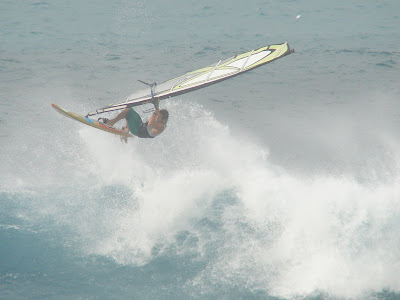 Mark mid clew first forward off the lip (didn't land this one). 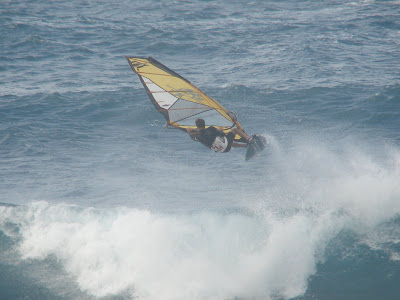 Andres broke his mast and got helped by the lifeguard. 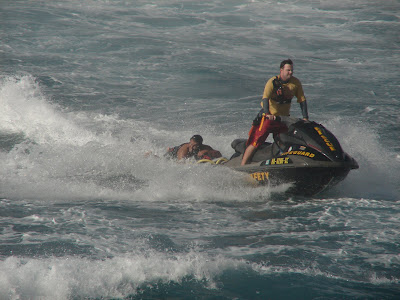 After that I went sailing and scored my usual late afternoon slog and surf session. No power whatsoever in the sail, but... once again... boy those waves were glassy!

PS. Nino found the lost board. Unfortunately pretty beat up...
He also met this fellow. 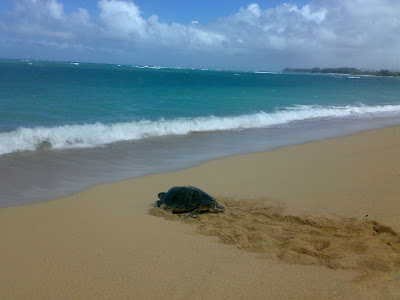 PPS. Did I forget to point out that Kelly Slater at age 38 won the Puerto Rico ASP contest and with it his 10th world title? Check the heats on the demand if you missed it and notice the abyss that there is between him and the others. Just watch the final if you got no time. Those top turns in that 10 points wave are just ridicolous...
Posted by cammar at Sunday, November 07, 2010