Kai Katchadourian has been seen riding new boards with the Simmer logo for a while now. 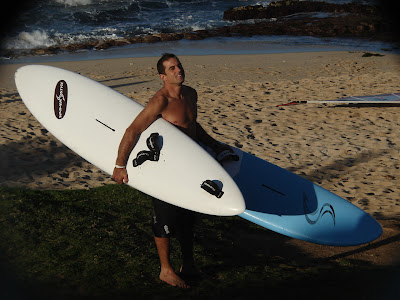 Rumor has it that the designer is a northern european mad scientist named Ola Helenius (who I have the pleasure to know quite well).
He's the designer of the 2011 Starboard Quad IQ 69 and he just left the Thailand based company to move on a new adventure with Simmer.

BTW, I had the prototype of that 69 in my garage for a few months, before the Starboard team landed in Maui for the April photoshoot and decided to take it to make a production board out of it.
I had the chance to sail it only once (then I broke my foot) and it was a super fun board.
Ola should be here in Maui soon and I'll try to get an interview with him... his story is quite interesting and could definitely make a chapter of an "everything is possible" series.

Here's Kai ripping. I have to ask him why he didn't put pads on that one...
Hey Kai, wonna leave a comment with that (and any other things you'd like to add about the boards?)
BTW he's having a gig with his band Anesthesia at Stella Blues on January 15th. Kai is a damn good drum player and if you enjoy heavy metal you shouldn't miss out. Bring your ear plugs, those guys like to get loud!! 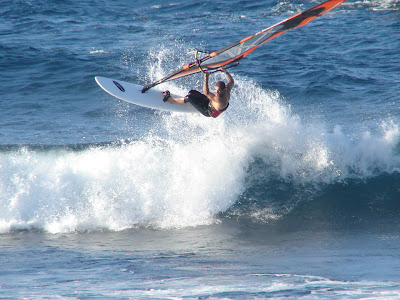 Here's the comment that Kai left. I feel like copying it and pasting it here.
It's been a rewarding experience getting these boards tuned in. Ola is indeed a mad scientist that's always thinking ahead and listens intently to any of my input. We are also lucky to be working with Maurizio Ubaldi who is a master craftsman and will oversee the production.
Simmer style will offer 2 differnt wave designs, a down the line design and a more flat rocker model along with a freestyle wave design and race board.
Board names and graphics are coming up so stay tuned and I also want to get you to try one soon !!
Aloha !
KK

Sounds good to me!

Nat Gill was trying out the boards too. 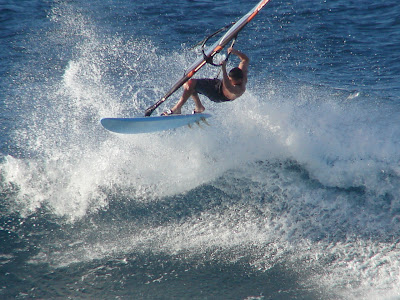 Here's a detail of the fins. They adopted the FCS-like Tabou idea and that's good news for me, since I'll be able to try different setups for my board. Those fins are already in my car... 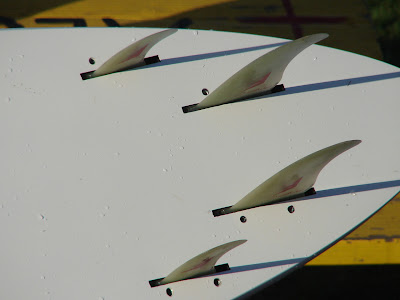 The Goya bros talk about their products. 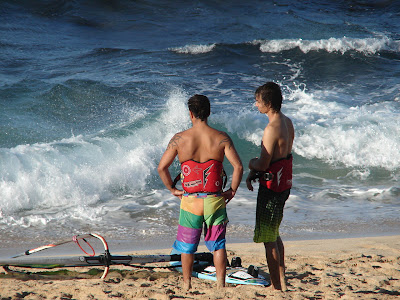 And sail designer Jason Diffin puts them to use. 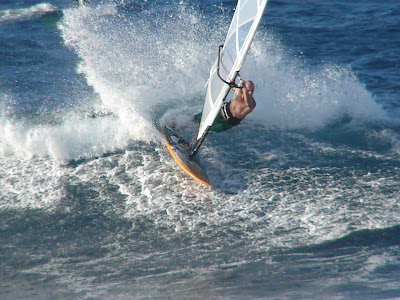 And while all around there's boards and sails designers testing out new gear, someone else decides that: "Oh, it's just a little tear, a bit of tape will fix it!"
Got to love that! 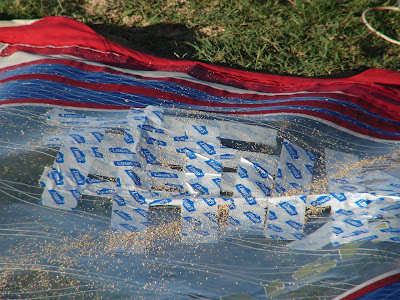 Browsinho is the king of rotations off the lip. A true goiter/taka machine. 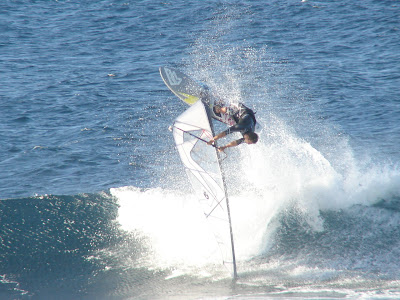 Mauisurfreport team rider Nico Drasimino sent me these couple of snashots out of GoPro videos in which he amuses us with some funny expressions. 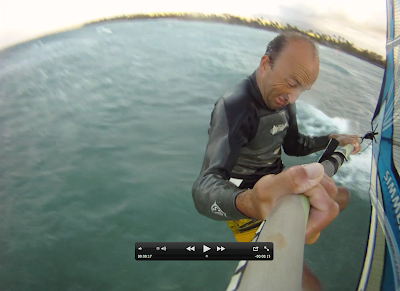 The expression might be funny, but knowing the flattening effect of the wide angle, he's pretty high up there! 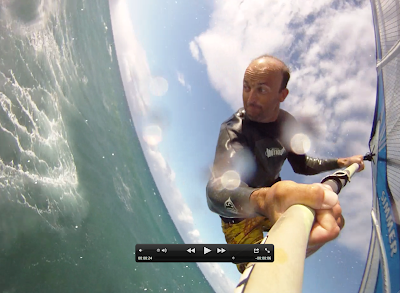 He also wants us to know that he found a watch at Hookipa and he'll be happy to give it back to the owner. :) 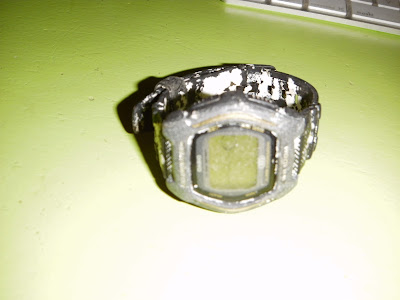 As for my session: I didn't really have one. I forgot to pick up a seat harness at the shop and my waist harness was compressing my rib in an uncomfortable way, so I decided to quit and take photos. Conditions were pretty average anyway, with smallish waves and very gusty wind.
One thing I know for sure: after 24 days of glassy waves, bouncing on all those chops felt horrible.

I feel like I keep moving my interest towards the surfing part of the word windsurfing.
Unfortunately, the forecast for the next week looks very promising wave wise, but frankly horrible wind wise. The trades should go up to fresh levels (that means very strong and gusty) for a few days at least. No big deal really, I always know how work around that...

BTW, I have no new year's resolutions whatsoever. They don't make any sense to me.
You didn't read merry christmas and you won't read happy new year on this blog. Those are man made stupid conventions. Each single moment of our life is a gift and should be honored as such. That's how I see it, at least.

So if you can read this, it means you didn't die yet and I'd like to wish you a happy new moment!
Posted by cammar at Friday, December 31, 2010

Every windy day is christmas for me:)

Happy new year 2011 !!
It's been a rewarding experience getting these boards tuned in. Ola is indeed a mad scientist that's always thinking ahead and listens intently to any of my input. We are also lucky to be working with Maurizio Ubaldi who is a master craftsman and will oversee the production.
Simmer style will offer 2 differnt wave designs, a down the line design and a more flat rocker model along with a freestyle wave design and race board.
Board names and graphics are coming up so stay tuned and I also want to get you to try one soon !!
Aloha !
KK

Re: pads..we are in the process of finalizing the pads.
There will be pads !! Sailing with no pads is very direct in feeling, but you do feel more of everything - especially landings !!

Always good to see other people find peace in their hearts because of christmas. I try to be like them all year long.
I have to, i am not religious ...

hey kai - is this due for 2012 or will simmerboards be launched earlier?

Release will be officially for 2012.
Roughly, the boards will be available for order by midway thru this year, delivery before the end of this year.
Contact your local Simmer dealer if you are interested.
Stay tuned to www.simmerstyle.com for all the exact details.
Good sailing to you,
Aloha.