Didn't get in the water yesterday, my body demanded a rest.

Waves were still up and the windsurfers enjoyed the afternoon action. Photo by Jimmie Hepp. 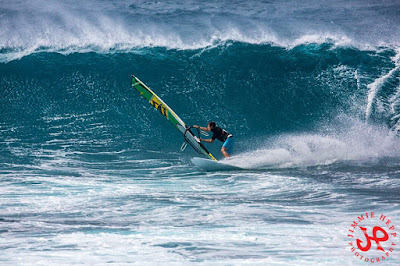 Gonna be another cracking day for wind/kitesurfers, that is if the frequent squalls won't kill the wind too often.
As far as the early morning goes, there should still be 3-4f 13s from the previous swell in the water, so Hookipa still at least head high with more and more overhead sets as soon as the new pulse starts filling in. Plenty wind on it though. I will post a beach report sometime before 8am. 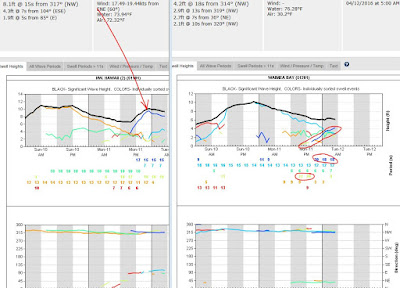 MC2km noon map shows plenty wind once again. Don't forget, the stronger the wind, the more squalls it will create and the more up and down it will be. So many times a lighter wind prediction might end up being stronger (or at least better) because of the less squalls. 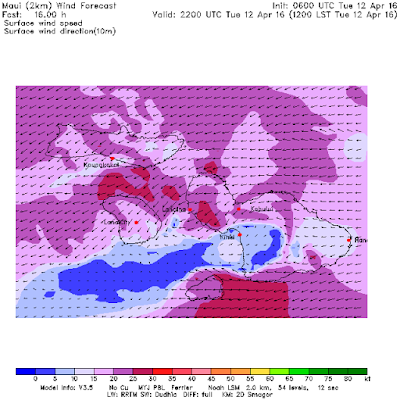 Wind map looks a lot better than yesterday with a solid NW fetch, a small and weak north one and a windswell one. The swell related to the first one will be building all day Friday and peak on Saturday at dawn at 8f 15s from 313 according to Surfline. The early morning on Friday will see small waves instead, as a result of the scarse wave production on yesterday's wind map. 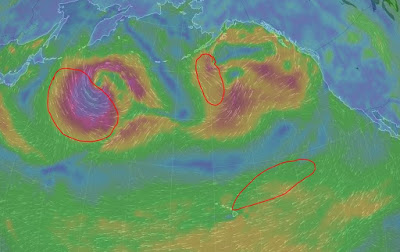 South pacific still delivering something from the corner SE of New Zealand. I put a question mark on the other fetch well to the east because we never really get swells from there and the curvature of the earth makes it tricky to understand if it's really aimed at us or even if we can/will get any angular spreading from it. My guess is not. 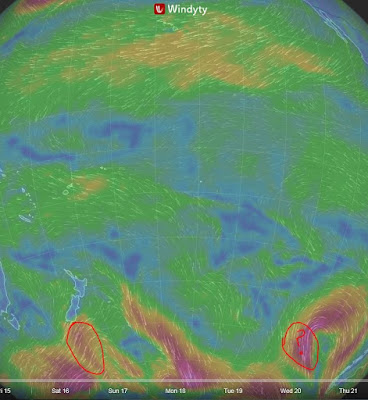