Still windy blown out conditions on the north shore yesterday. The photo by Jimmie Hepp shows a windsurfer at Hookipa enjoying a rare moment of good wind between squalls. 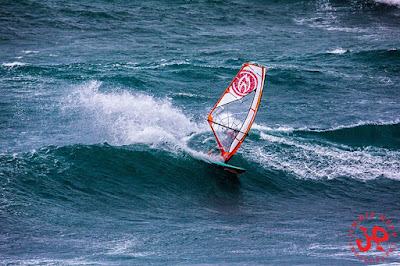 I had a SUP lesson and those couple of pictures give me the opportunity to write down a little speech I always do when I teach that.
The right time to switch from paddling stance to surfer stance when catching a wave can vary greatly. I'll give you the two extremes:
1) the wave behind you is small and soft: you keep paddling without changing stance, eventually putting your front foot on the front of the board to maximize the chances of catching the wave, but only after you caught the wave you go into full surfer stance and step back on the board.
2) the wave behind you is relatively big and steep: you switch to surfer stance well before the wave hits the board and make sure you keep paddling when you do that. You don't want to lose any speed, because you're gonna need every little bit of it.

Between these two extremes, there's an infinite number of possibilities in between that depend on the relative size and steepness of the wave. The bigger/steeper, the earlier you need to switch to surfer stance. This student of mine below didn't quite listened to me and he's way late (the wave is under me at the moment of the photo and I'm probably yelling "surfer stance!") and he's gonna nose dive and fall. 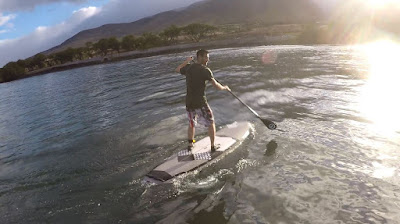 This other one did much better. Of course there's plenty other aspects to improve, but at least he successfully caught the wave. 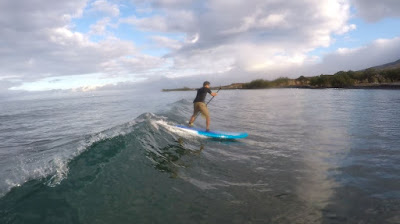 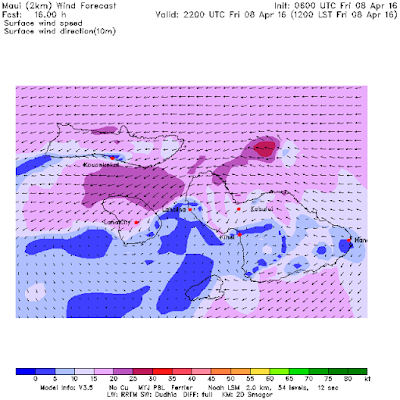 Unfortunately the 5.45am radar still shows plenty rain, but that should start improving with the new easterly direction of the wind, so afternoon probably better from that point of view. Oh no, I did it again: I forecasted something about the rain. Don't trust me guys, I suck at that.

Wind map still shows the solid NW fetch that generated (it's on its way) Sunday's swell that the latest Surfline forecast calls for almost 10f 15s from 323 in the afternoon. 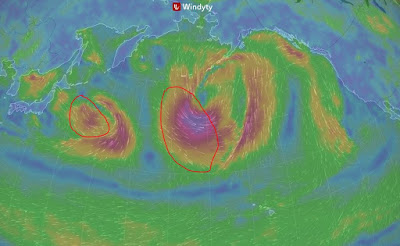 South pacific shows that nice but compact fetch I was talking about the last couple of days. What I like about it, is that is at least one day of travel closer to us (still a long way, though) and the related small swell will come from a unusual SSE direction. Some spots will like it better than others. 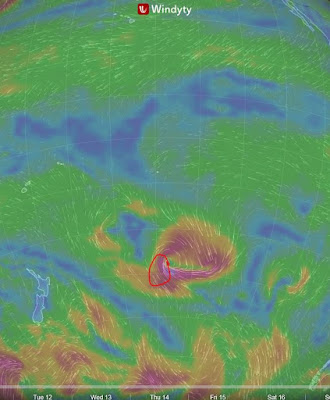