Yesterday was a gorgeous sunny day, the light was fantastic. At least until 2pm when I went to work, not sure afterwards. I surfed early morning and sailed later.

These photos were taken around 9am, just after I posted an update on the improved conditions, which didn't last long anyway. The fact that the conditions change so quickly at Hookipa is a great excuse for me if and when I get the ranking from the beach wrong, but so far I've been spot on. Meaning: every time I paddled out, FOR ME it was just what I posted.

Keep in mind that I'm pretty conservative (just like for the size) and I do consider Hookipa a pretty poor surf spot overall. Hopefully we'll see the scores improve as we move into the winter season, but that is not going to happen this week, seen the strong wind in the forecast.
Trust me, I'm looking forward to the first 10 just as much as you are. I think the highest score I gave so far was a 7 or so...
And don't forget: the score I give the conditions, has nothing to do with the fun you can have in those conditions. Well, maybe a little, but the fun depends on a bunch of other factors.

That looks like a Slater Designs Sci-Fi. We have many sizes available at Hi-Tech. 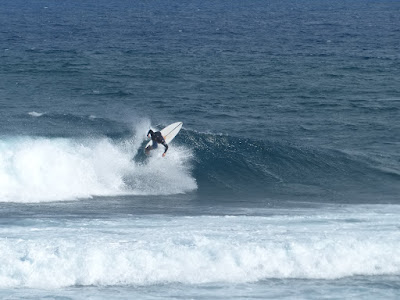 That guys has that turn unlocked. 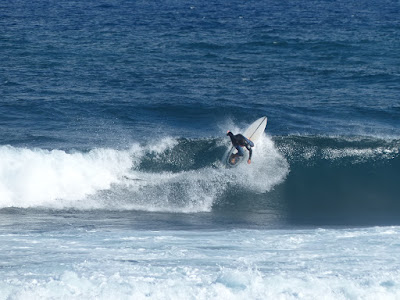 This is me later on in this photo from this gallery by Jimmie Hepp. The colors were outstanding.
It was pretty crowded, but that is a consequence of the upcoming Aloha Classic that is bringing a lot of sailors in Maui and that is for sure good for the industry. Forecast is looking pretty good with 5f 14s from 323 forecasted by Surfline already for November 1st, day 2 of the long waiting period.
You can sign up here. 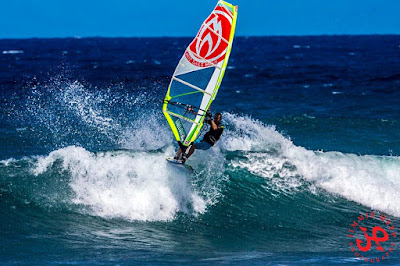 Significant buoy readings 5am
Lanai
1.6ft @ 13s from 199° (SSW)
Still little energy at the Lanai buoy, south shore has been small for a while and it's not going to change anytime soon.

1.2ft @ 14s from 5° (N)
Northerly energy reduced to a smidge and a building windswell, but 7s don't really do much at all. In other words, today (and tomorrow) the waves are going to be the smallest they've been in at least 2 weeks. It was a good run of swells, even though they were massacred by the wind most of the times.

Current wind map shows a pretty wide NNW fetch that, together with the more compact but more intense one we saw on yesterday's map, will provide us with the next swell forecasted by Surfline to peak at 5f 11s on Friday (there should be waves already Thursday). 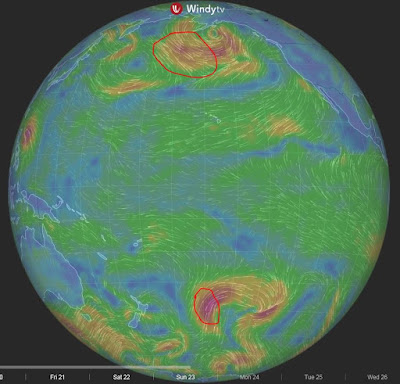 Bit of rain this morning on the north shore, as the 5am radar image shows below. 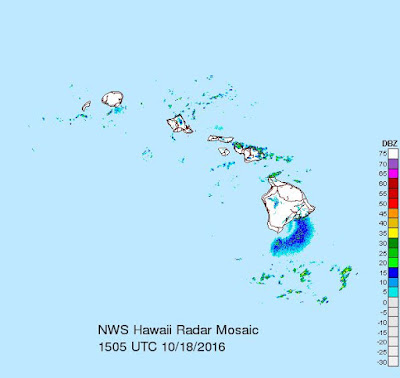 Updated MC2km map at noon shows that it should be another regular trades kinda day. 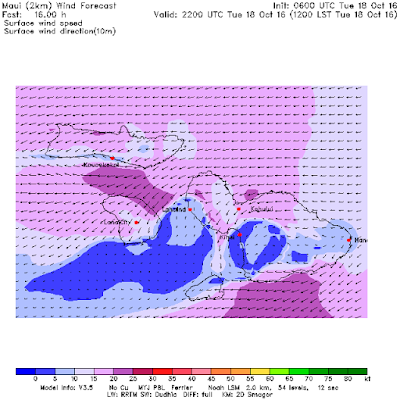 Beach report will be a bit later in the morning today, between rain, small waves and high tide that will kill the small waves, I'm in no hurry to go surf...
Posted by cammar at Tuesday, October 18, 2016