Just a quick surf session in Lahaina for me yesterday.
I don't have a water action shot, but I have this Lahaina street action one. 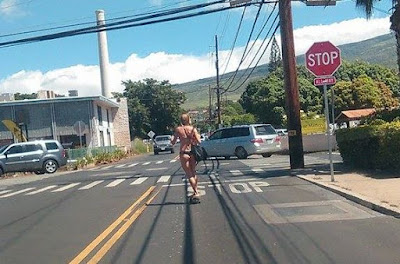 Before we move into this very exciting call, a couple of shots to show the brand new boards we just put in the rental fleet at Hi-Tech.
The three KT's are two Crushers and one Plate Lunch. The sizes are 6.0, 5.10 and 5.8 and the volumes range between 28.3 and 29.7 liters.
The windsurf boards are Quatro Tetra's 85 and 95, but we put more freshies also. 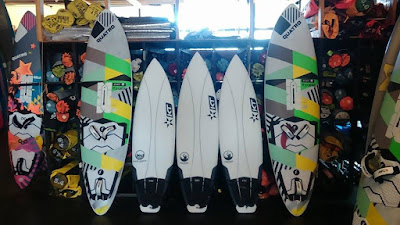 As a consequence, we retired some other windsurf boards and here's how the used boards rack looks like. Quads, Pyramids and Freestyle/Wave. 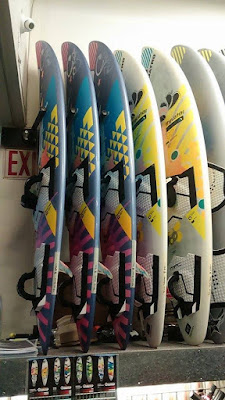 2.2ft @ 20s from 319° (NW)
No big surprises at the buoys, everything like expected/predicted. Notice the very westerly direction at the NW buoy. If you noticed the position of the original fetch on October 4th, you knew it was going to be that west. Also notice the relative sharp rise from 2 to 8 feet in 12 hours between noon at midnight yesterday (I put arrows on the graph below to indicate that).
Here's GP's rule of thumb for the travelling time from the NW buoy to Maui: 12h at 18s, 15h at 15s, 18h at 12s. You can find a more detailed discussion about that in my NW buoy to Maui travel times and shadowing angles post.
So we can expect a similar rise in Maui starting at Midnight. Similar, but smaller in size because of the folloring two factors:
1) lost of energy for the extra travelling
2) lost of energy for the refraction over the upstream islands.
As a matter of fact, a midnight Pauwela only shows 1f 20s, while the "equivalent" NW buoy reading 12h before was 2 feet. Totally normal.
How big is gonna get? Well, that depends on those factors I just mentioned, but with a 5am reading of almost 9f  16s at the NW buoy, I wouldn't be too worried about the size. It's gonna get big and the size will increase steadily throughout the day.

The westerly direction won't help the west side spots. Let me remind you that the shadow line for Honolua is 335. It would be great if some west side readers would post a comment with the conditions over there. My guess is flat for the whole morning. 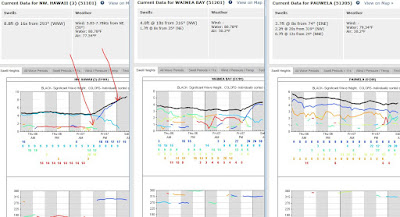 Another thing to keep in mind for you guys: It's a remotely generated swell with a very long period start. That by itself means that the consistency will be low, specially at the very beginning of the swell. The fact that the waves had to refract over the upstream islands will greatly amplify the low consistency aspect. In other words, be ready for long waits between sets.

What I like about today, is that there pretty much isn't any other noticeable energy in the water. If you got time, patience and my same kind of wicked passion for waves I have, you can actually watch this swell build throughout the day without any other disturbance. That's very rare. Starting already tomorrow, in fact, there's gonna be overlapping energies in the water and the observation of how a swell changes will be virtually impossible.

High tide on the north shore today at 8.36am and between that, the low readings, expected high weekend crowds and low consistency, I'm taking my time this morning. But I will go to the beach for a report soon, so stay tuned. I do have to do a massive change in the car quiver first though...

Current wind map shows a strong NW fetch stirring the waters for Monday's second pulse and a small/weak south one. 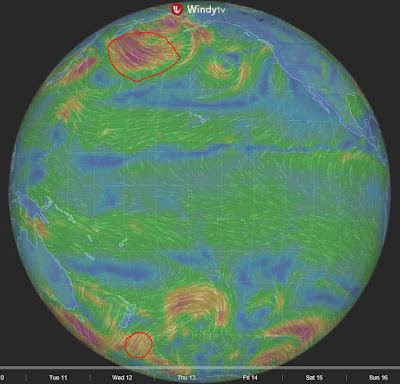 As you can see from the map above, we're not sitting in an area of strong trades and that is reflected by the weak trades indicated by the updated MC2km map at noon. 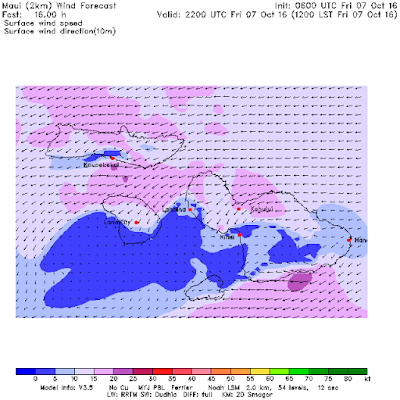 Looks like it's gonna be a glorious sunny day though, so despite the size of the waves, windsurfing might happen. Hookipa is a question mark, down the coast much more probable.
Many Maui sailors have the skill to sail Hookipa with just a breath of wind, it will depend on the number of surfers, IMO. 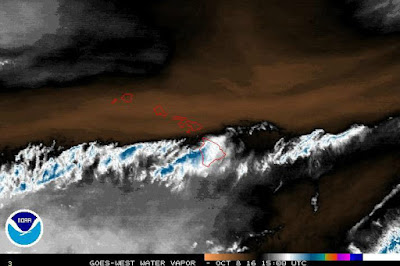 Last but not least, one more reminder of the piano concert that is going to happen tonight.

DFMusicMaui is proud to present a Special Concert with Damira Feldman.

Russian born Pianist Damira Feldman is an internationally recognized pianist who is acclaimed for her active and engaging performances. In her program, Ms. Feldman will perform an unforgettable masterpieces by Frederic Chopin and exotic Tangos & Valsas Brasileiras.

This is facebook page where you'll find more info. 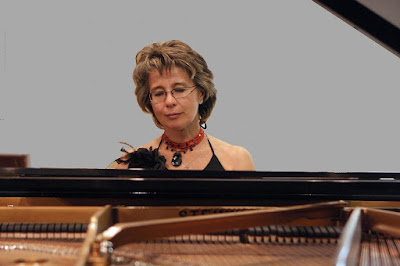