A windsurf session for me yesterday. After having quickly checked that there was nothing of interest on the blown out north shore, I went to the west side. Here's some photos from Honolua Bay, which was extremely inconsistent size wise. From head high to what you see below. 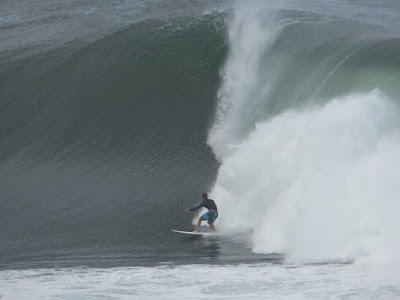 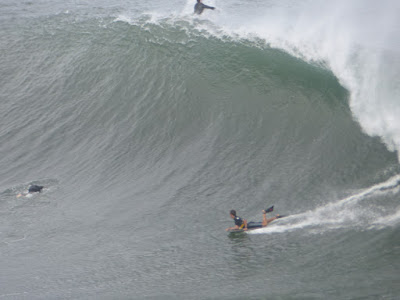 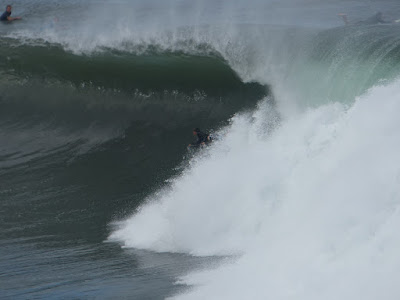 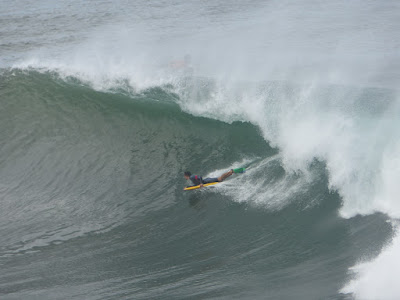 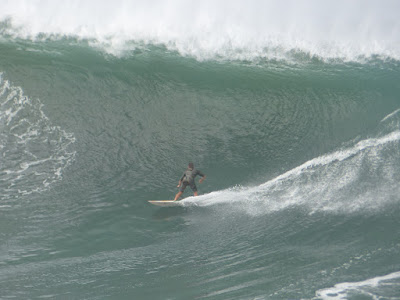 I obviously didn't paddle out but went for the windsurfing version of it. Jimmie Hepp was there and he posted this gallery from which I picked a few to show how clean the waves were. Took me a while to catch the first one, but it was a good one. 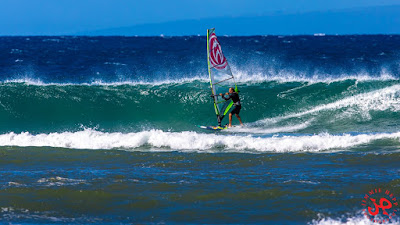 Conditions were extremely tricky, as the wind was very offshore and very light on the inside. 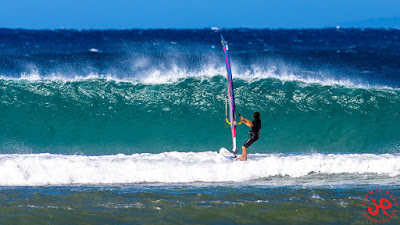 That's what kept the faces so clean. 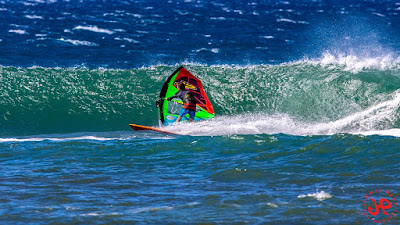 This is my last one on which I managed to do a couple of turns. Had to come in after it! 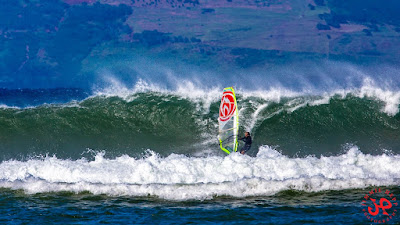 On my way to work, I quickly stopped by the harbor to check the contest. Conditions were tricky to say the least. So tricky I probably wouldn't have managed to catch a single wave had I been in a heat. 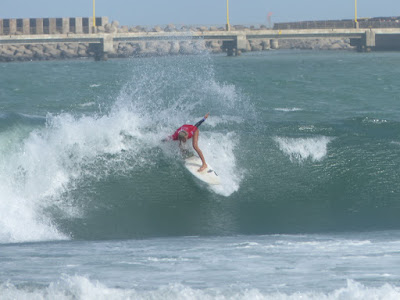 3-4am significant buoy readings.
South shore.
No indication of southerly energy at the buoys. Ukumehame was pretty flat yesterday, while Puamana seemed to have a bit of wrap from the NNW swell (saw a set from the bypass). But that is probably gone today.

The significant 8s energy from the NNE is, together with the blustery wind, what's keeping the Pipe contest on hold. Wednesday/Thursday look much better, but here's the page to check if they run today. As far as our north shore goes, those 8.7f 13s from 343 will still provide plenty big waves slowly declining all day. Conditions are still going to be very stormy because of the NE windswell and the wind. West side still the call for cleaner waves.

North Pacific has a WNW fetch (looks like a Pipe fetch) and a strengthening windswell one.

Not one, but two fetches from the South. Make a mental mark for next weekend. 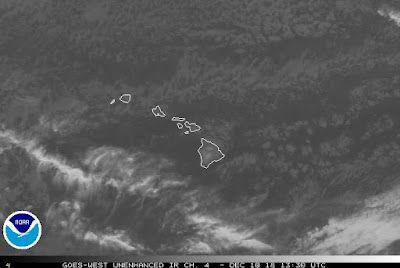