A SUP foiling session for me yesterday, conditions were too good to pass and the ribs didn't hurt as much while paddling standing up. Seen the excellent conditions, it was a bit hard not to paddle out at Hookipa in the morning though, as the photos I took in a 20 minutes photoshoot show below. 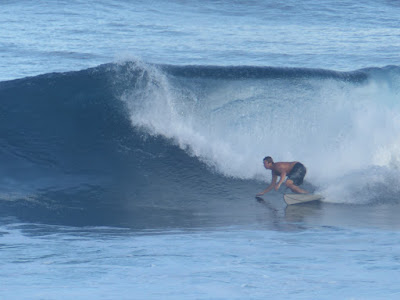 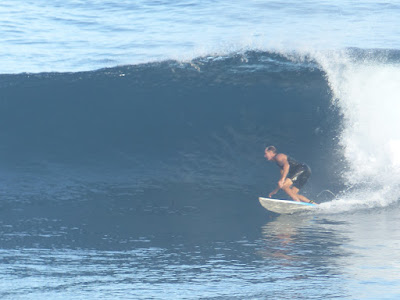 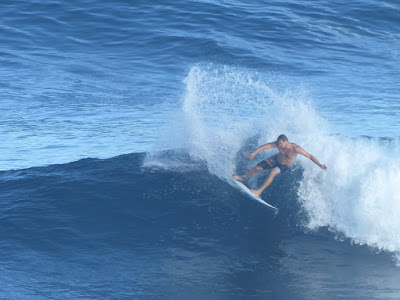 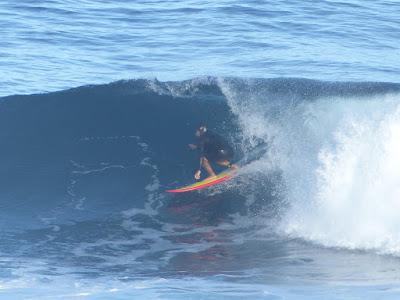 This are the photos by Chris of the morning foiling session down the coast (I went late afternoon and it was pretty much just as good). 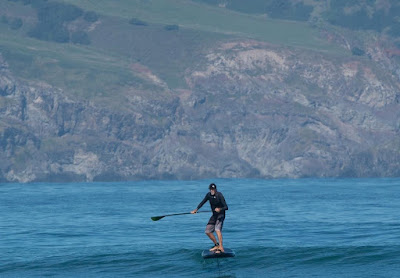 Been tripping out on this shot as I didn't remember a spot in the background with a separated rock, before I realized that there's a wave out the back that probably covers the continuous coast line. Still don't remember I spot like that, I'll have to look for it today. 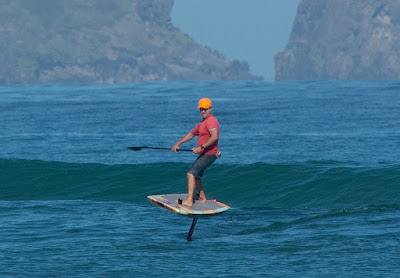 4am significant buoy readings
South shore
No indication of southerly energy at the buoys.

4ft @ 14s from 319° (NW)
FYI, that strong E windswell is also at all the other buoys. I didn't report it because it's not relevant for us. Knowing that Hanalei has 4.5ft @ 10s from 46° (NE), doesn't add any information since we already have that energy reported at Pauwela. That's why I call this section (the most important of the morning call) "significant buoy readings". That'll give some nice waves to the east facing shores like Waiehu (shoulder high yesterday).
At the same time, the NW energy is still at a very fun size of 4f 14s and, as you can see from the long period low reading at the distant buoys, a new swell might start to be noticeable towards sunset time.
I wouldn't wait for it though, as the big day really is tomorrow. Surfline has 5f 18s in the early morning, rising and peaking at 9f 15s Friday night. That is the swell out the captured fetch we observed over the past few days. I'll try to report before 7am, but I'm not sure I'll be able to.

Wind map at noon. These days when the offshore direction of the wind has a little bit of south are the ones in which the model can easily be wrong and predict the wind line to hug at least the Hookipa coast, while it might not happen at all (like yesterday). Still good to know what the model thinks. Should be another glassy or even light offshore day all morning anyway.

North Pacific has a moderate NW fetch and new born WNW just off Japan and the offshore windswell one.

Couple of very weak fetches from the South. 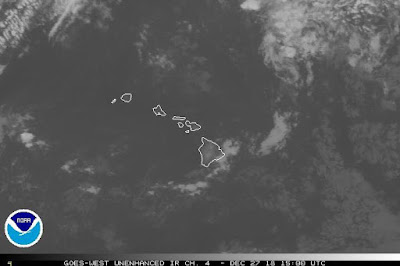 I believe that gap in the coastline is Mokeehia Island, at Hakuhee point. About 10 miles past Waihee.