As a second update to this post, I insterted a slide show after the photos. Scroll down for it. ------end of second update-----

This is Diony in one of the two photos that made me go: oh my god... Look at that wave! How beautiful is that?! 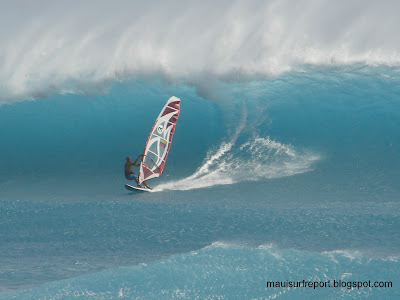 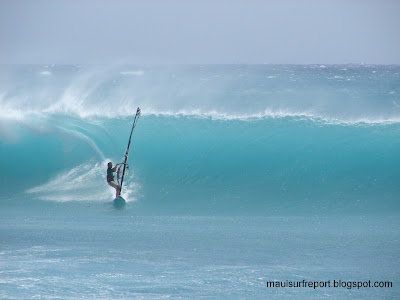 This one shows how difficult the conditions were. A super strong offshore gust won't allow Diony to drop in this one and he's checking what's behind it... which is a very important thing to know every time you wave sail in such big waves. 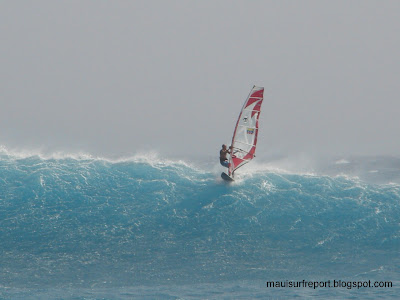 Maybe this one wasn't an OMG, but sure was a WOW! Look at the amount of wind on the face of that wave... looks like snake skin. Francisco. 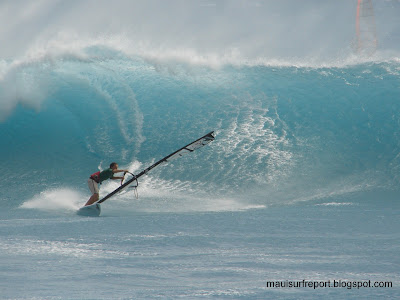 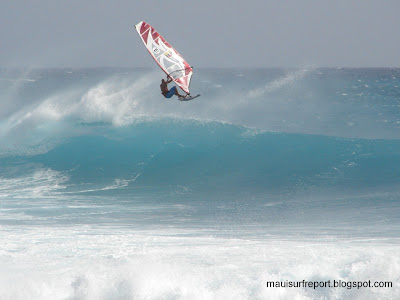 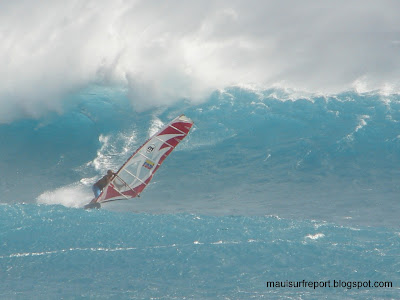 All photos were shot at the best resolution that my camera allows: 2592x1944.

And here's the slide show.

As correctly forecasted on this blog 10 days ago (excuse me if I brag when I get it right), Maui's south shore went off today.

I caught four of the best waves of my life, before getting a cut on the heel in a major wipeout. Not too bad, could have been a lot worse. Maybe a couple of days out of the water... or maybe not!

Well, you guys lucked out 'cause that forced me to stay put and take plenty photos of the wave sailing action that happened in the afternoon somewhere else...
Tonight I'm too tired to sort them out, but I did find the time to edit a short video, though. Enjoy it and come back for the photos.

PS. The surfer in the video is a brazilian guy called Marcio. He's a super nice, non sponsored, absolutely stoked about surfing guy who has no shortage of guts.
At the end of this video he paddles into a major monster left at Jaws... hats off.
Posted by cammar at Wednesday, April 30, 2008

Great video. I prefer hearing the ocean and your comments than listening to a song all the time. well done and hats off to the riders too...

Sure hats off to the sailors too.
Before those two there was Francisco Goya out too and I saw everyone going down for just mere gusts. It's an extremely difficult place to sail. That's the impression I had from the beach.
Something I have no desire to try... Kanaha with the Kona is tough enough for me!

awesome, so bummed I was stuck in school!

Great blog! Just found it by accident, but will come back again for sure! I really have to get another windsurfer after watching your video.

Impressive the level of the windsurfers, the surfer, and above all ... the sea. Wow

Great Photos, the first Diony photo is my new wallpaper.

forget hats, you lot should be getting your knickers off for those waves!