Let's see it backwards starting from the weekend that saw some killer wavesailing conditions. Saturday lowers was logo to mast high all day, with slightly onshore light winds.
My 5.0 superfreak ultralight is such a good sail in these conditions, that I now prefer it to my 5.5... no matter how light the wind is! I loved it and gave the day 5 stars.
Here's Chico enjoying the sunset session. 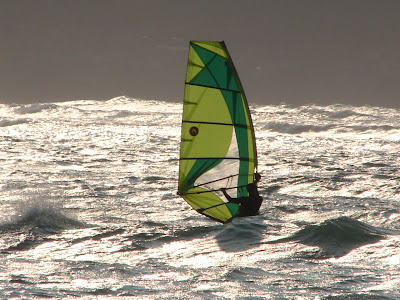 Between my sessions I sat and chilled out (i.e. took photos) on the beach.
I believe this kid was sent to the beach by his lazy dad (who was sitting in the shade under the trees) so that he could have an idea of the wind strength... 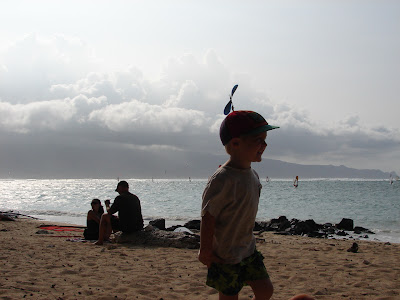 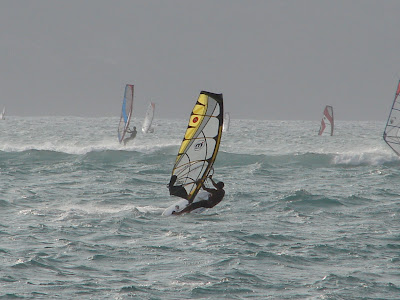 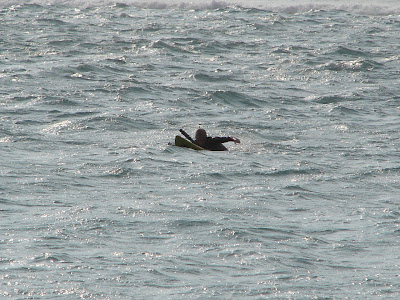 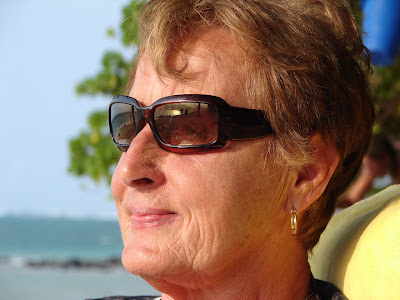 Sunday was smaller and a tad windier. Still fun, but not even remotely as good as saturday. When it's up to riding a wave, the less wind I have the more I like it.
Talking about which, let's now move to the middle of the week that saw three days of fantastic glassy surf on the north shore.
I surfed so much that I didn't even have the time to take photos. These are from the past week somewhere on the south shore. 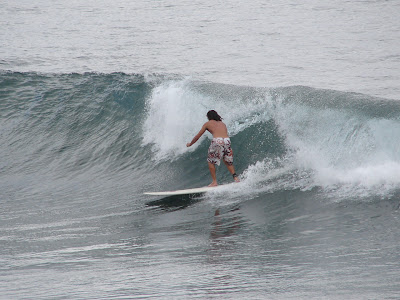 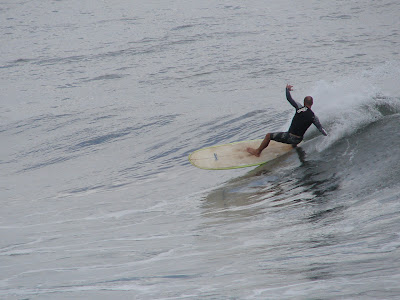 There's a high chance that this week will be sweet too. The south swell is on its way. With the Christmas island buoy out of service, there's no really way of telling how big it will be.
Well, actually judging from the first photos from Teahupoo it shouldn't be too small. How about that wipeout at number 13?
Here's more regular surfing action.

What can I say? Let's hope we won't get blocked too much, even though I'm afraid we will...

Life is good, despite Kahoolave.

PS. Just received this email that I'm happy to publish.

Big news on SFO airport's attempt to construct
unnecessary new runways into SF Bay -- which would
have wiped out Coyote Point and most likely 3rd Avenue
too*.

A decade of blood, sweat, and tears.

*The popular Third Avenue launch would most likely
have been wiped out as well due to massive silting of
the shoreline, and a likely 20 year ban on watersports
due to constantly moving construction barges
throughout the entire area and the massive dredging up
of toxic elements from deep in the Bay mud.

George
Board Member, SFBA
Posted by cammar at Monday, April 28, 2008

There are so many things that are so typically American, that hat is defintely one of them, along with peanut butter and jelly sandwiches, cheese burgers and big trucks!

I'm with you for the peanut (and almond) butter, but I like it better with honey.
Cheese burgers and big trucks... I'm way happier without!