I got 15 minutes to do this post, so it's gonna be short.

It was another cracking day at Hookipa. Not for me though, since it was very windy and you guys know how much I dislike that, but I'll talk about my session at the end (time permitting.

Neil Pryde was having a shoot at Lanes, you'll see the photos below.
Chronological order. 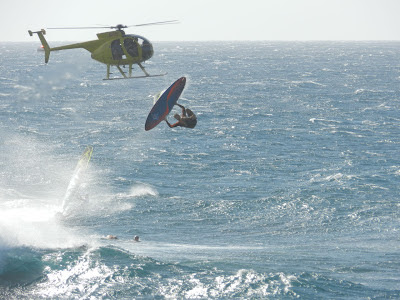 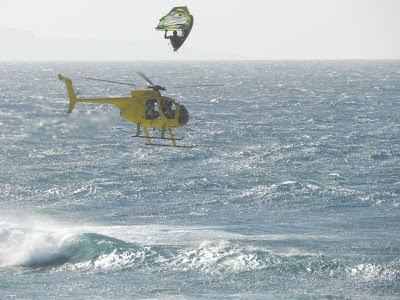 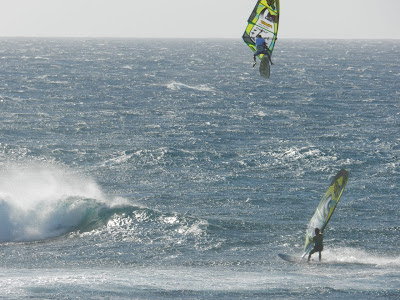 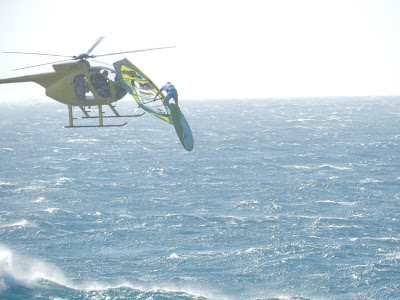 Session report.
I hated it. I went out at 11.30 and I was already overpowered on a 4.2.
I was on a quad (I don't like them, but I bought one because it was too cheap to pass) that was clearly underfinned in strong wind and spinning out all over the place.
I also had pain in the area where I hit the rocks yesterday, but mostly it was the brutal wind and related chop.
So after 20 minutes I wisely decided to stop.

I think that the big waves of the day before moved a lot of sand and when I got off the board in the shore break, I put my foot on a rock where usually there's sand. I didn't get cut, but now I have a second pain right under the foot that is quite annoying.
About sunset time, the waves seemed to pick up again (that was the forecast) and with the wind finally easing a bit, it started to look pretty epic to me.
I wanted to try again, but while limping my way to my car I said:"man, where the fuck are you going?" and decided to pass.
Strong wind apart, today the waves should be really good again (and from a more northerly direction). I'll borrow a seat harness and see how I do. What my body is really telling me though, is to rest.
Oh well, you need these days to appreciate the good ones...
Posted by cammar at Tuesday, April 17, 2012

Hi GP, Great pics and Infos (as usual). Are you shure it was a Pryde shooting? I think they finished their shooting two weeks ago. It must have been the JP-shooting. However, Nice action! Mahalo, Dennis

Correct, it was a JP shoot. If I'll ever find the time I'll correct the original post. thanks.

That may have been a short post, but it was RIPE with keepers!!!
Love the chopper shots.
Thanks ~ WW