Absolutely gorgeous day (off for me) yesterday that I celebrated with:
1) an early morning session at Hookipa
2) a mid morning nose riding session at Thousand Peaks (knee to waist high)
3) an early afternoon wind foiling session at Kanaha.

This barrel shot from Jason Hall shows what I wrote about yesterday's conditions: because of size and low consistency, I gave them an overall 3.5, but there were some eights out there. Jason is really good at finding them. He also asked me for a little surf report and the resulting video is here. 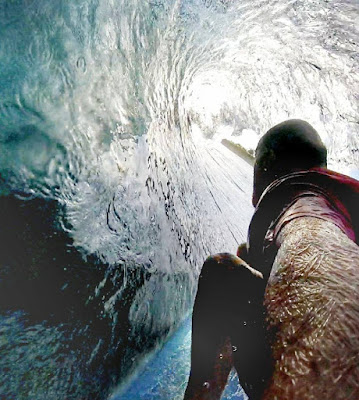 Windfoiling was a bit of a breakthrough. Not only I managed to foil for 15-20s, but for the very first time I actually managed to have some fun! Kanaha's steadier wind made some difference, but even more was the fact that I used my superlight Hot Sails Maui Firelight 4.3. 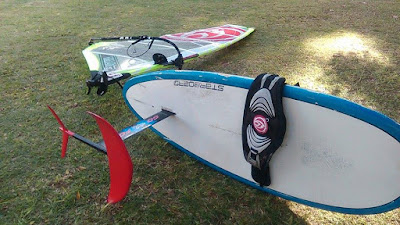 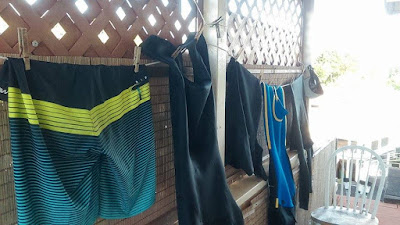 Steady background southerly energy at the outer buoys, check the webcams. Here's a solid chest high ones, but it took me a while to catch it.

And here's how Pat Caldwell describes the source: Extra-tropical rebirth of tropical cyclone donna E of New Zealand 5/12-14 resulted in a compact fetch of severe gales aimed at Hawaii.
The pacioos/cdip american samoa buoy rose late Monday to a maximum on Tuesday 5/16 with 6'@14°S from 185 degrees. This is a good indication surf will arrive in Hawaii. The moderate wave periods would result in more loss of swell size with travel distance as compared to longer wave periods.
Below are the fetches of the 13, 14 and 15 (left to right)

1.1ft @ 10s from 325° (NW)
Not much at all at Pauwela, today (and tomorrow) should be a near flat day at Hookipa. Next swell on Monday.
North Pacific wind maps shows a nice and close NW fetch and a weak windswell fetch. Good combo.

Here's how the fetches look like on Meteogram. I confess I would have overlooked the weak SE one without these maps.

There we go, another stunner on its way.