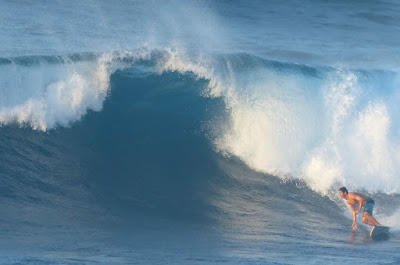 Oahu foiler Keola was at the harbor yesterday. Gonna use these pictures to illustrate the prone foiling pop up technique called "the tripode". He rode this whole wave like this, just because he can and it's probably fun. 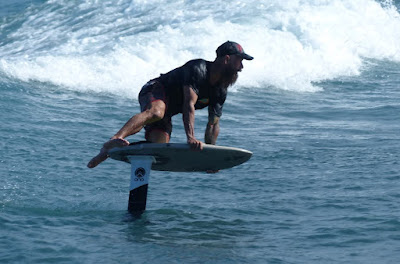 At the end of it, he felt like popping up and putting his feet in the footstraps, so he could pump back out. Back foot goes in first. 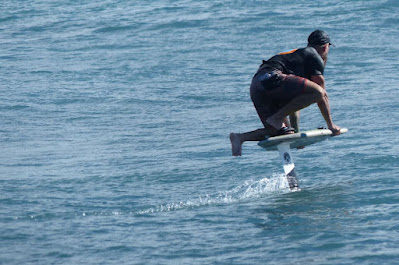 This looks like the toughest part. Is your body flexible enough to allow the front foot to go in the strap without leaving the hands off the rails? 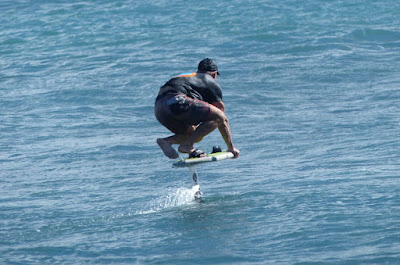 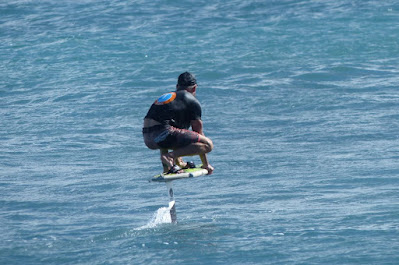 And then he can do this.Tiny board, probably less than 20 liters. When sitting on it, his deltoids were barely out of the water. 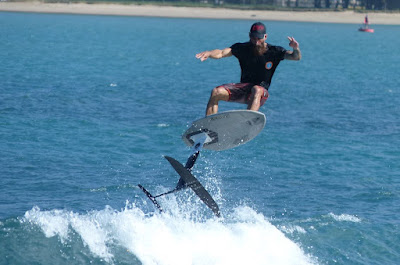 Elevated WNW-NW energy continues at the buoys. Another day of fairly big waves, even though the Pacioos forecast below has a bit of a dip for this morning,  before picking up again in the afternoon. Hookipa should be smaller than yesterday but still well overhead in the sets. Wind should be favorable again. 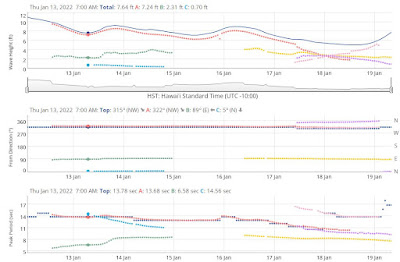 Wind map at noon. The other ones can be found here. 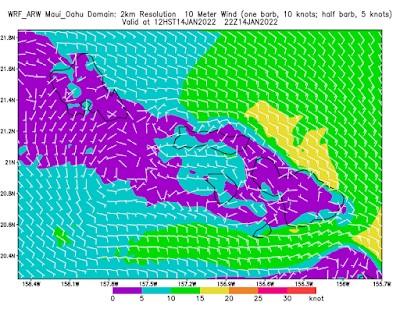