I really wanted to shortboard yesterday, so I took out my Bushman at Thousand Peaks. That board was shaped for Sunset Beach and I invested some waiting time in trying to find any similarities between the two breaks. Didn't succeed, but the board worked just fine. Sets were head high. Good news is that after months of foiling, I can still surf. Kinda. 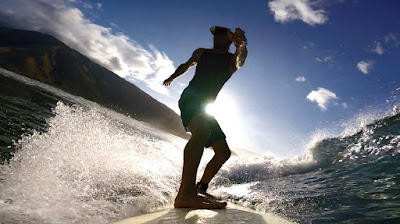 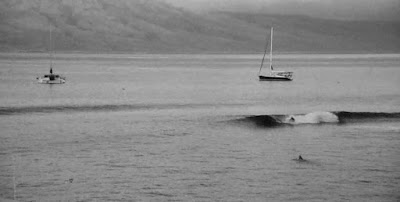 Almost one foot 14s of presumably NNW (Waimea shows W) energy is at Pauwela. That could be either a very improbable wrap of the westerly energy out of the typhoons SE of Japan we saw last week or most likely the forerunners of what we can call the first NW swell of the season, which Pat Caldwell was announcing for tomorrow afternoon (we'll look at the maps tomorrow). I don't think it'll do much today, so the usual small waves at Hookipa and on eastern exposures.