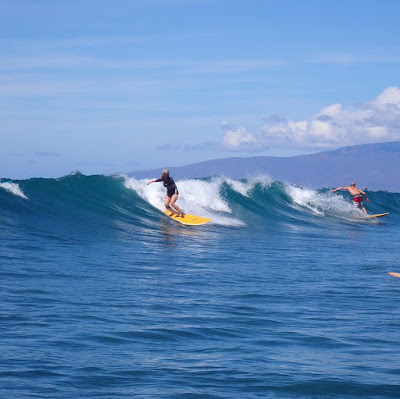 Southerly energy down to minimal levels with 11s and 9s periods. A new low 18s period energy is felt by both buoys, let's see how Pat Caldwell described the evolution of the fetch:
A compact severe gale SSE of New Zealand 9/7-8 grew seas over 25 feet
aiming highest at the Americas. PacIOOS/CDIP American Samoa (AS) buoy
9/12-13 did show low swell from this source, although this location
would have been west of the primary swell swath.

Below are the maps of the two days he mentions (9/7-8). The strong fetch SSE of New Zealand is almost aimed west to east and I didn't think of circling it, not even in blue (possible angular spreading). To me, it still looks aimed way too much towards South America to bring some energy locally, but evidently it wasn't. I'm afraid it's going to be extremely inconsistent and barely noticeable in the water though. The observation of the webcam will tell us if I'm right or wrong. 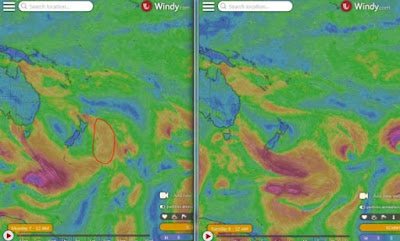