Wing downwinders resumed yesterday. Each single time I went (I guess around 10-15 times now) it was more fun that the time before. Is it going to be like that forever? It's possible, as the margins of improvements are massive. Thanks Art and Tomoko for the photos. 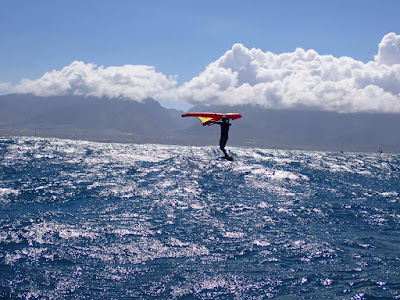 Perplexing 1ft 15s reading at Lanai. Let's see if Pat Caldwell illuminates us:
A compact severe gale tracked SE of New Zealand 8/31-9/1 with seas to 25 feet aimed at the Americas. Angular spreading could bring in low, long-period swell with onset Wednesday 9/9 from 180-200 degrees. It should be filled in by Thursday near average as a second event arrives.

Below are the maps of August 31, September 1 and 2 that will help follow. The perplexing fact is the 15s, as a fetch that strong and far should generate 18s plus (uncle Pat put 1ft 18s for today and 2ft 16s for tomorrow).

It might actually be the forerunning energy of the second event he mentions, let's read that description too:
A marginal gale N to NE of New Zealand in the subtropics 9/3 tracked east into 9/5 as it maintained a compact size. The PacIOOS/CDIP American Samoa buoy picked up moderate swell of the low end of the swell spectrum, or 10-14 seconds, 9/6-7. This event is predicted to arrive locally Thursday 9/10 and peak Friday 9/11 from 175-200 degrees near to a notch above average. It should drop below average by Saturday 9/12 and continue to fall towards background levels by Sunday 9/13 from 150-190 degrees.

Below are the maps of Sept 3 to 6 which will help follow.

Whatever that energy is, what counts is what it's in the water. To find out the look of which, we check the Lahaina webcam. Look at that buttery smooth texture. But consistency is extremely low. Don't trust my words though, and check it out yourself! 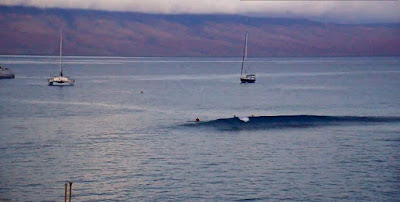 First small NW swell of the season on the rise all day (we saw the fetches yesterday). Below are the graphs of NW001 and Pauwela together with the Surfline forecast. It should be getting up to 3.5-4 ft 12s around mid day. Gonna call overhead sets at Hookipa mid day with the help of the windswell. In other words, good times for the windsurfers.

Not particularly encouraging, Sunset Beach on Oahu is breaking very small, but at least it's breaking. 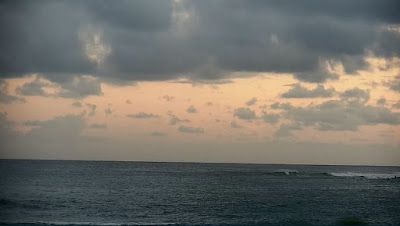 Here's a poorly shaped head high one at Laniakea. Kanaha is flat instead. 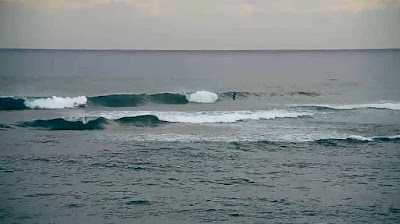