A shortboard and a longboard session for me yesterday. First one was at Hookipa and this is a photo I quickly took afterwards that shows how much chop a little bit of wind can immediately create (look at the back). Second one instead was in glassy waves and it was a 9. 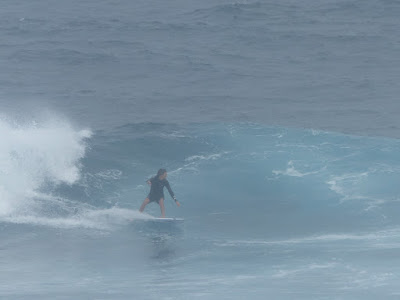 More westerly energy at the Lanai buoy means more waves in Kihei (they had a long run). Yesterday there were waves also at Ukumehame, waist high plus I was told.

4ft @ 8s from 52° (ENE)
The Pauwela's graph below shows that the NW swell peaked yesterday morning, but it's still holding a steady 4ft 13s today. So, slightly smaller waves, but clean conditions as I don't feel much wind at my house as I type. I will report from Hookipa before 7.30.
ENE energy now down to 4ft 8s, but still there. 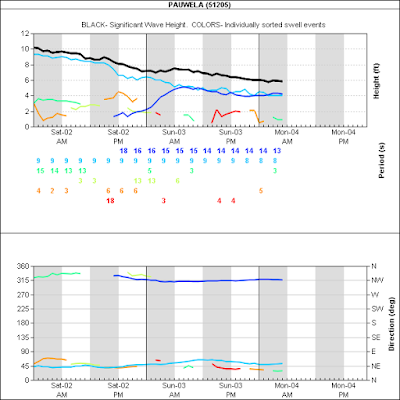 There is 6 hours of difference between the two maps below. Nothing I can do about it and most times it doesn't make too much of a difference, but this morning you can see that there's a new pretty intense WNW fetch that is visible (and circled) in the windy map on the left, but it's still in the inner Japan sea on the map on the right. That also tell us that having a picture of the fetches every 24h (like what you see on this blog) is much better than nothing, but doesn't tell us the whole story of what happened in between samples. The other fetches of the day are a weak NW one (residue of the past days stronger one) and a weak NNE one.

South Pacific still has that extremely remote fetch possibly oriented towards us. That increases the chances of seeing something out of it in 8-10 days. 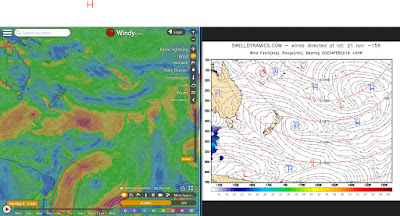 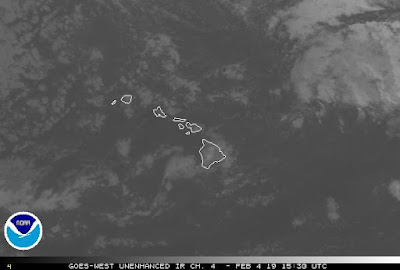