A shortboard and a longboard session for me yesterday. The harbor was going off, these are three pictures by Chris Pagdilao. This is his Instagram account, if you want to follow him. 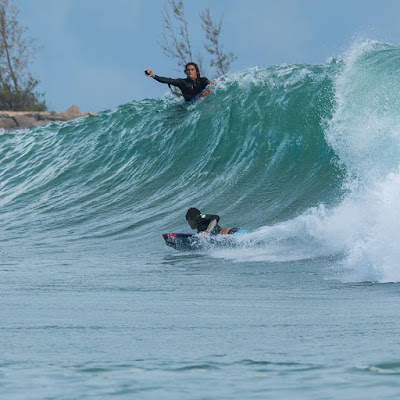 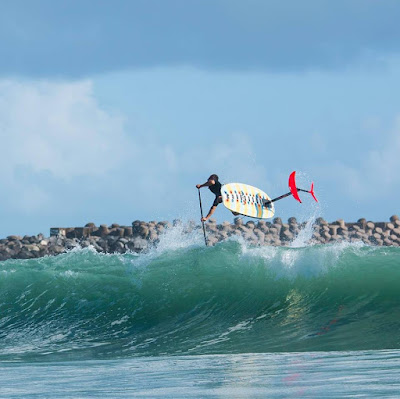 Jason Hall escaping the monster. Plenty juice in the water, specially around noon with the wind holding up nicely till 2. 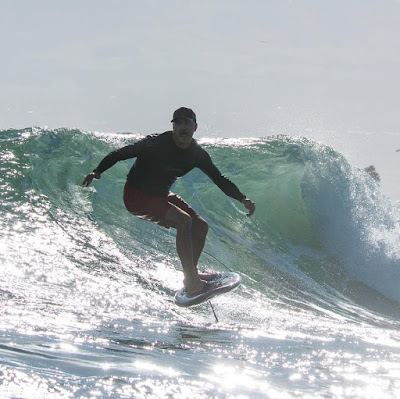 3.9ft @ 6s from 39° (NE)
3.2ft @ 14s from 330° (NW)
Let's start with Pat Caldwell to explain the 17s reading at the NW001 buoys (the 101 doesn't have it).
The next system in the series tracked ENE from Japan 1/29. During the first 24 hours the strongest winds aimed more southward across the great circle rays relative to Hawaii while only a short fetch aimed at Hawaii within 280-310 degrees. Wave Watch III (WW3) has been consistently too early in the arrival of events to Hawaii over the past week. WW3 gives 5'@17s from 300 degrees for Saturday afternoon at the Waimea buoy output point. This estimate is suspect.
He might well be right on that, as not even Hanalei shows anything. Considering the direction at the NW buoys, I doubt we will see anything at all from this swell today. Also because with 8.5f 10s of NE energy still healthly in the water, good luck at spotting the small long period WNW forerunners. And good luck at figuring out the fetches in the collage below of the maps of Dec 27, 28, 29, 30 and 31. Lots of westerly energy lately, but so remotely generated and so sheltered for us, that it's been completely secondary so far.
To the point that I almost feel like not even mentioning the remaining 3.2ft 14s from 330 from yesterday... ops, too late.

Recap: more stormy medium period NE energy on tap. It all depends on the wind, as usual. Hookipa was trying to clean up yesterday at sunset, but this morning I feel plenty wind and rain outside my window. Need to look for sheltered spots. Unfortunately, with 45 degrees instead of 16, the harbor will be significantly smaller than yesterday, but should still have plenty.

North Pacific continues to offer WNW fetches, while the local windswell one is now from a NE direction.

Two very remote fetches down south. Would have never spotted if it wasn't for the great circle rays map on the right. 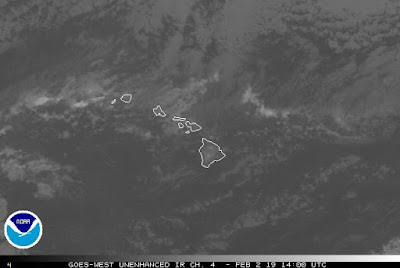