Two shortboard sessions for me yesterday. These are some photos from the first one.
He made the whole coming section in the barrel and came out. 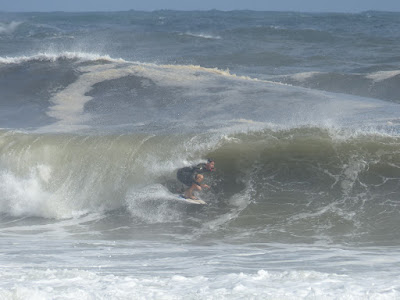 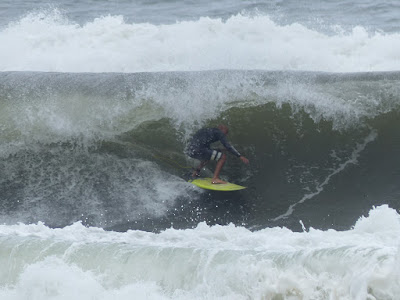 There were some diamonds in the rough, but they weren't many. This kid was ripping, but I didn't identify him. 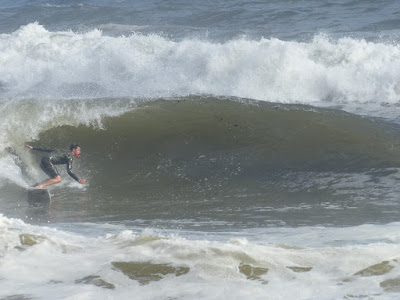 This instead is Logan Bediamol. 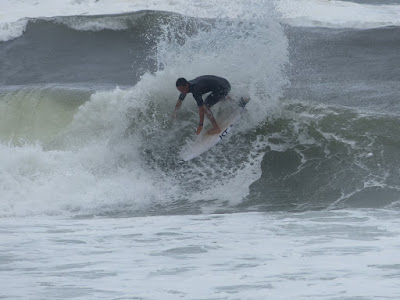 And this instead is Honolua in a photo taken by a friend. 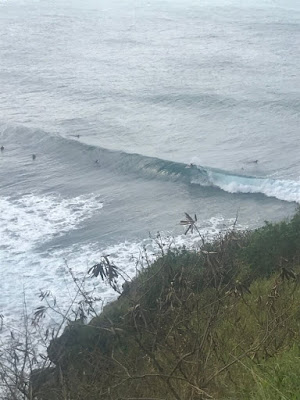 That reading on Lanai might keep the south facing shores from going completely flat, but I wouldn't put too much money on that. As a matter of fact, Ala Moana looks pretty flat on the webcam. At least 10 minutes of nothing before a little set like this arrived. 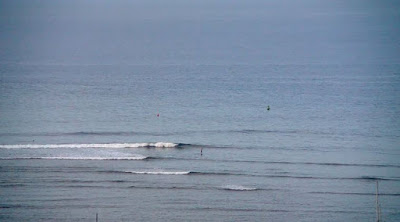 7ft @ 10s from 36° (NE)
No NW energy at the buoys, once again today is going to be all about the NE energy, which instead is alive and well. Below is the graph of the N buoy (for some reason, Pauwela's doesn't show) and the surfline forecast. As a consequence of being right in front of the fetch, the N buoy has gone up during the night and now is showing a remarkable 21ft 12s from 52. In the epic post Buoys to Maui travel times and Maui's shadow lines we see that 12s take 11h to get from there to here, so we can expect that energy to increase all day locally and probably become higher than what Surfline predicts (13ft 10s).

Finally the wind is letting down a bit, but unfortunately it won't be offshore as the models predicted a couple of days ago. It might in fact still be onshore, but much lighter than the 20 knots we had for the last three days or so. Seen the size, and the stormy character of the swell due to the vicinity of the source, Hookipa will still be very challenging for the most, so we still need to seek for a sheltered spot. 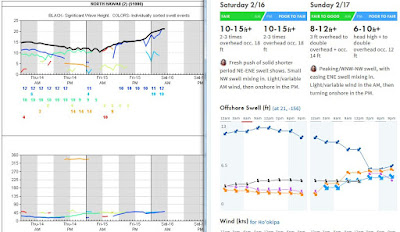 Wind model didn't update, so this noon map is more than 48 hours old.

North Pacific has a small NW fetch and a small but nearby ENE one. 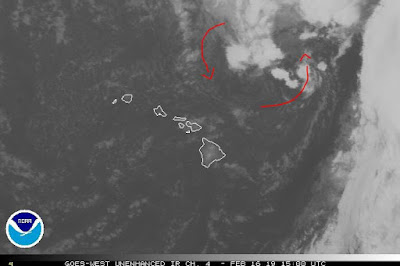