Double surf session for me yesterday, while the contest at Hookipa saw the completion of the single elimination of both pro men and women.

Victory went to the veteran Kevin Pritchard in the men (followed by Browsinho and Levi Siver) and Sarah Hauser in the women.
Here's KP in a photo from Jimmie Hepp. He's one of the best, most consistent competitors and he made good use of his experience to grab the win. 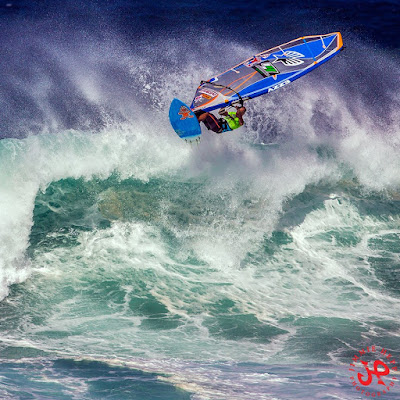 Contest is not over yet though. Yesterday the head judge Duncan Coombs managed to run three heats of the double elimination of the men and he's probably going to keep doing that today, together with the remaining few heats of the Masters. The broadcast should still be happening on this page.
This is Buojmaa Guillol in the wipeout of the day. 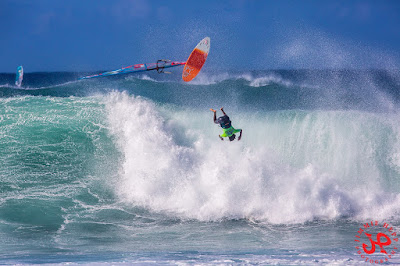 And here's a video of yesterday's highlights put together by competitor Leon Jamaer.

Meanwhile, at Honolua the conditions were this good. This swell had a good angle for the Bay and the next couple will be just as good. Carissa Moore and other pro women surfers have been spotted in the lineup and they will sure be around for the upcoming swells getting ready for their last event of the season coming up Nov 23 - Dec 5. 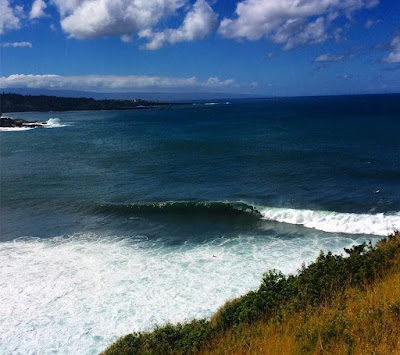 4am significant buoy readings
South shore
Lanai
0.8ft @ 16s from 214° (SW)
Finally a little reading from the south at the Lanai buoy, check the webcam to see how that looks.

Period starting for decrease, but size still up there. More big waves for our north and west shores today, while in Oahu they should be able to complete the HIC Pro at Sunset Beach.

Current wind map shows a strong NW fetch (no shortage of big waves in the next few days, as we know) and a small one in the Tasman Sea.

NAM3km map at noon shows a windy day, with a nice easterly direction (look at the coast from Hookipa to Hana). Unless it ends up being too offshore, conditions should be really good today.

One last look at the 10 days table from Windguru (based on the GFS model). If what's in it is really going to happen, today might very likely be the last day of contestable conditions at the Aloha Classic. If Duncan sticks to the Masters and the pro's double elimination, I don't see many chances for the Amateurs to compete. Too onshore on Sunday and too light with massive waves on Tuesday. Plus, I assume their bracket is so big that they probably need at least two days to complete it.