What a fun day!

Well, the waves were overhead only in those every half an hour big sets, but nonetheless yesterday it was a really fun wavesailing day at Hookipa.

It was pretty crowded and really action packed, as you can see from these photos that I took in a 30 minutes (!) break between my two sessions.
The first three are my favorites of the day.
Here's Francisco Porcella hitting a push loop on his first wave. 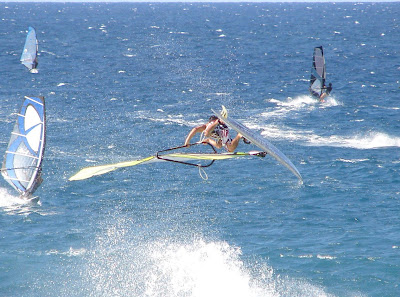 Matt Pritchard in a big goiter. I don't recall if he landed or not, but notice how the back hand seems to have slipped off the boom because of the impact of the sail on the wave... 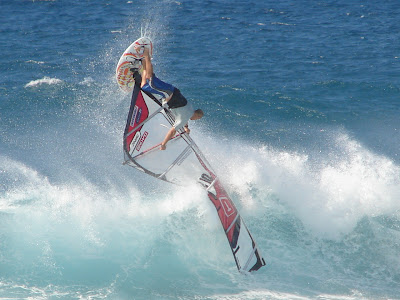 Here's one of the many aerials that Jazz did. Good job Jazz, I was impressed. 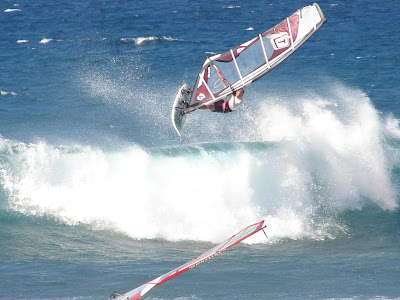 And now the other "normal" photos, in the order I took them.
Levi is always stylish even on a small wave. 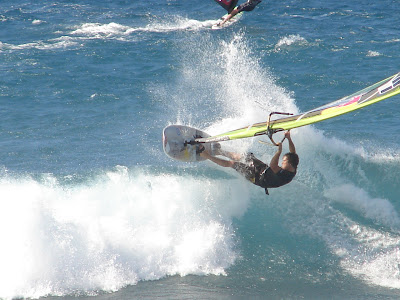 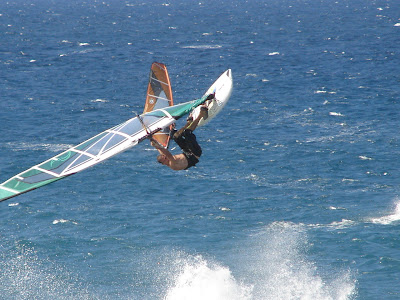 I see some contac cement in Ferdinando's foot pad future... 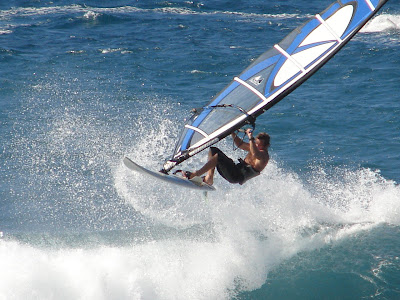 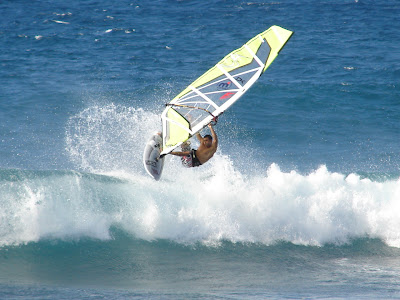 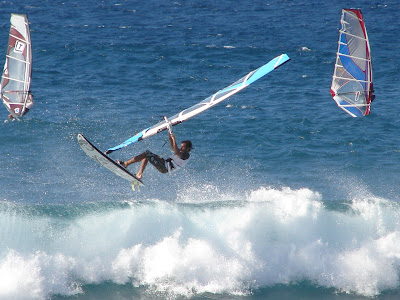 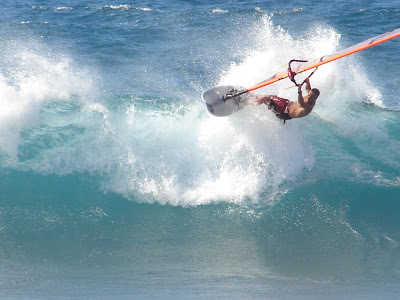 Rudy in a tweaked one. No wait. Before somebody corrects me, tweaked would be with the fins towards the ocean. What's that then... donkey kick aerial? 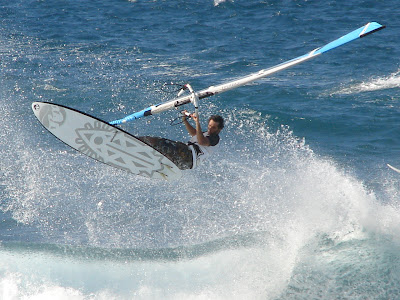 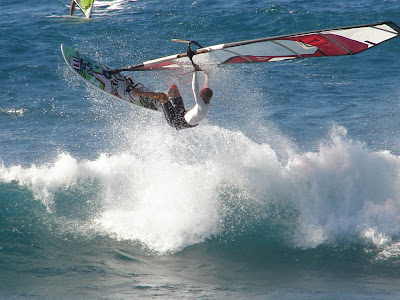 Rudy is trying to make my aerial's labeling difficult here... but this is actually an easy one: it's a spectacular wipe out! 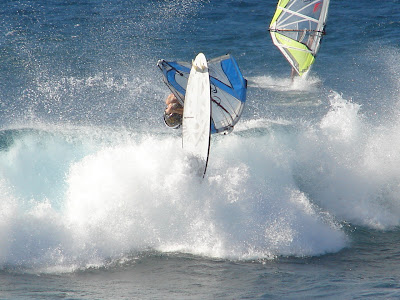 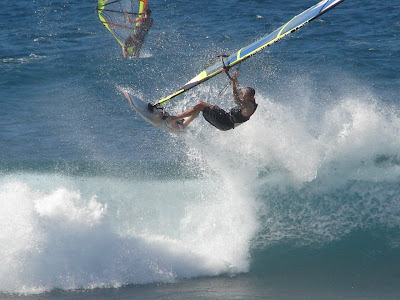 And now a few photos from a visitor from Uruguay: thanks Tato!
Can't really tell who this one is... is that a white North? 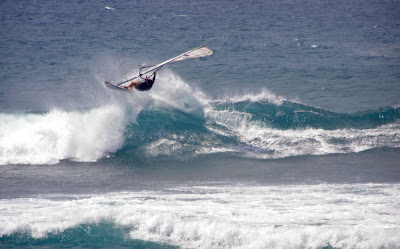 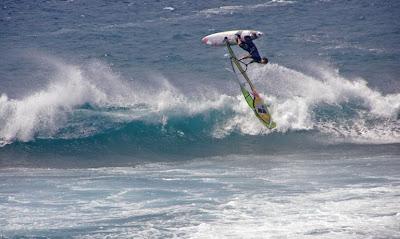 Last but not least, the blog author.
Around 4.20 the waves got really good and I went out again. Too bad the wind got light and a horde of surfers went out. I had to move downwind at Lanes were I caught a few more waves, but nothing compared to the Hookipa ones... 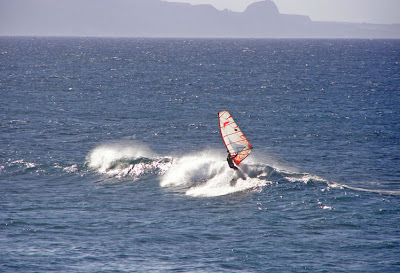 Still, I like the light and the crispness of the colors of my sail. Click on it to appreciate it. 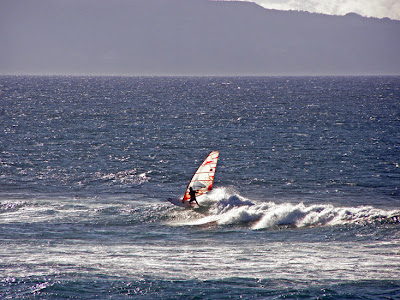 Fabio,
I use a Sony DSC (can't remember the number) cybershot with 12x optical zoom.
The very close up photos you see in this post (Levi, for example) are taken adding 2x digital zoom, for a total of 24x... not bad, uh?
I just put it on the sports mode and it does it all by itself. I just have to click the button at the right moment...
I bought a couple of years ago for around $300-350.

Thank you very much for your answer!