I lost the count of the hours I spent in the water yesterday, but I remember the sessions: four. The first one was at Hookipa that was pretty clean. 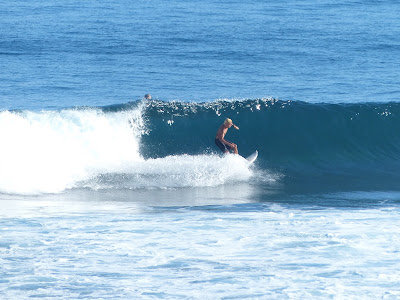 Fast waves though, it was hard to make sections. 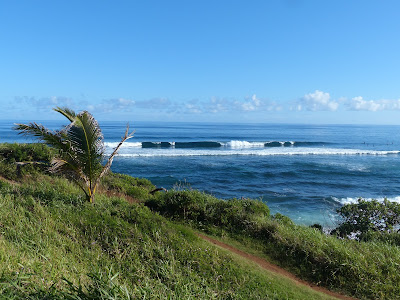 The other three were at thousand peaks that was good all day. I rode all kinds of board, from an early Craigslist score of a 5.10 twin keel glassed on fins Smith fish to a 9.4 single fin Tudor nose rider from the shop (gonna buy that board whenever it will for sale). In this photo, I'm riding the longboard and I somehow managed to hit that close out lip and come down with it. 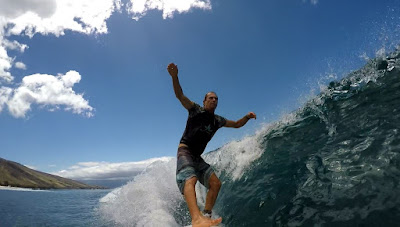 Plenty nice little walls like this, if you avoided the closeouts. 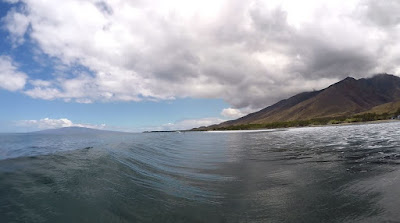 South Pacific map still shows a strong Tasman Sea fetch, which means more waves today. It's been a long lasting stretch of surf on the Lahaina side. 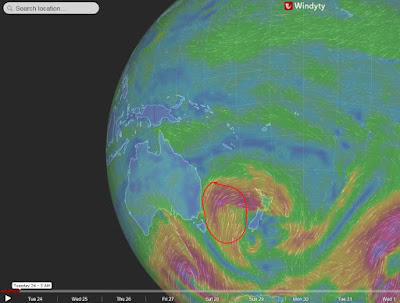 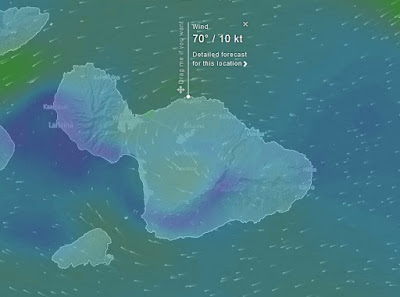 North Pacific map shows a close NNE fetch (responsible for the 6 and 7s readings at Pauwela) and a distant NW one. 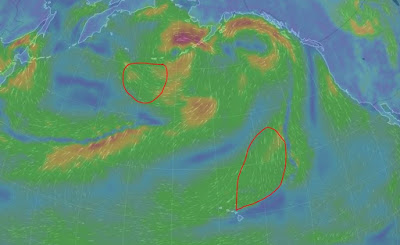 South Pacific map shows a decent fetch SE of New Zealand that is going to get better tomorrow. Good south swell in a week. 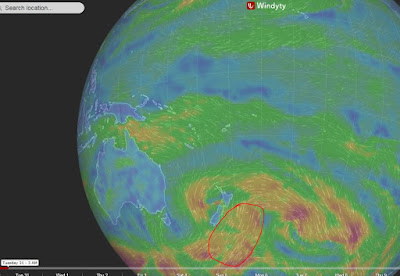