Two shortboard sessions for me yesterday. After the magic semi-solo one of the day before, it was like going from heaven to hell, as the harbor was the only game in town and packed on a Sunday. Here's some photos I took in the morning. 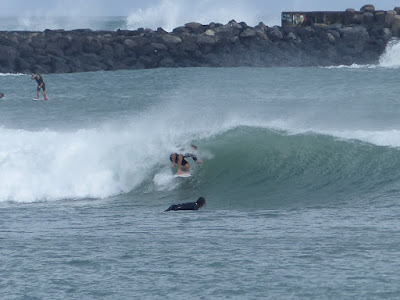 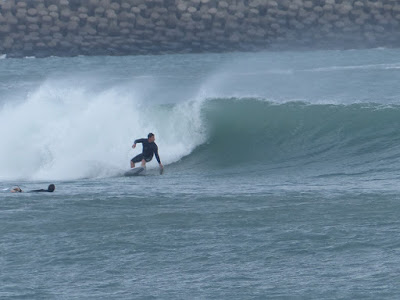 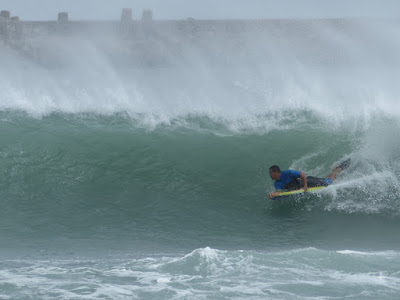 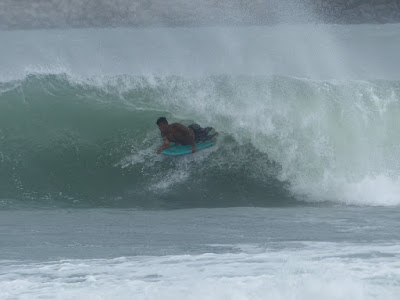 Those two bodyboarders got barreled together. I love how the guy with the blue board didn't even flinch at the drop in, bottom turned around the offender and placed himself in position to get pitted. And I love how the other guy let him do that and got pitted too. I got the whole sequence, I might have to put it together in a clip. They both came out. 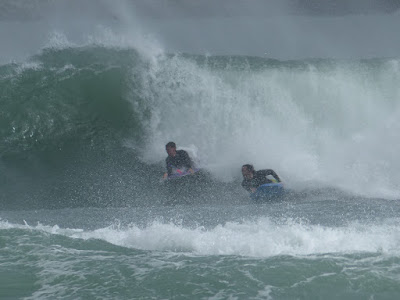 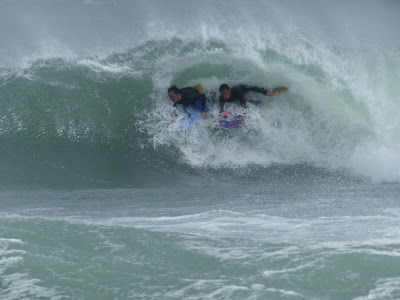 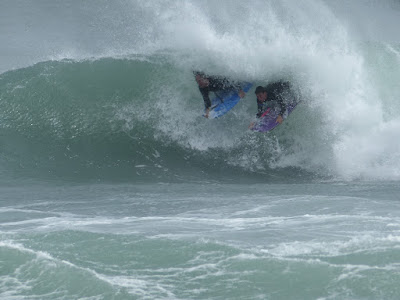 There was quite a traffic of jet skis and boats. Didn't hear much about Jaws (other than it was windy), but here's a couple of shots of Austin Kalama foiling on some outer reef. Posted by Gofoil. 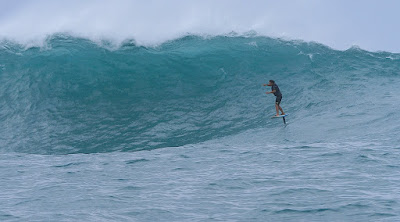 If you're a foiler, you know that the scariest of the two moments is this one. He's looking into the abyss and the fear of overfoiling on such a drop must have been frightening. 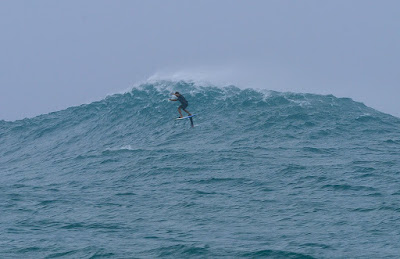 This is the conditions around 5pm. A perfect 10, but still packed. 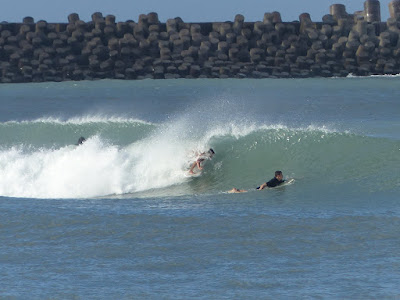 The waves really started to increase towards sunset. 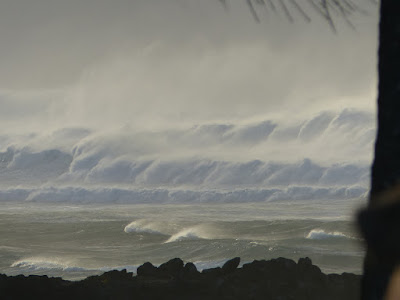 Here's a fun wave during one of my sessions.

I would recommend checking the webcams to see if that wrap is actually making it to Kihei. Also to check the amount of the windswell left by the Kona, which should be plenty. Below is a photo by James Flinn that makes me think so. 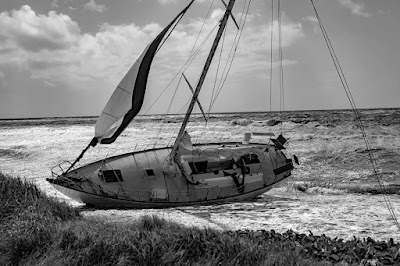 I actually saved this reading of the NW one for my personal collection: never seen any buoy reporting more than 30 feet until now. 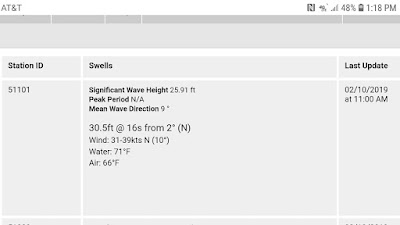 With the wind now coming from the NNW, and considering the still remarkable size (although declining all day), I believe that the harbor will be the only option also today.

North Pacific has a fetch in the NW corner, but we should keep our attention on the local low, which is about to move north away from us and join that band of strong NE winds while at the same time steering them towards us. As a result, lots of NE energy (and unfortunately wind) is on the plate for the next several days. 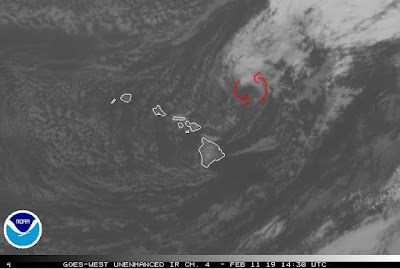 The NW buoy peaked at 32 ft. I should have taken a screen shot!