Waves on both sides of the island yesterday, I'm still struggling with the jet-lag, so I stayed at Hookipa. That was Kai Lenny's choice too. 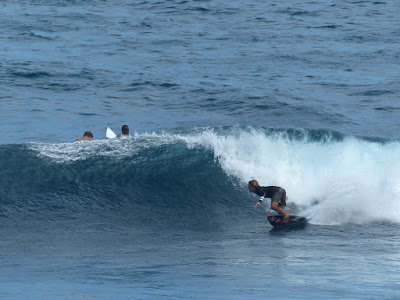 A few windsurfers went out with the light afternoon wind. 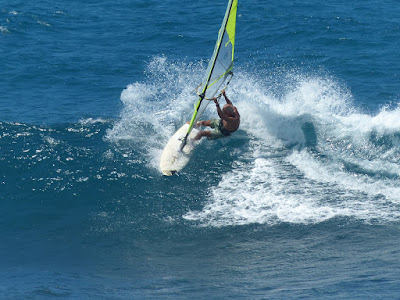 0.9ft @ 18s from 200° (SSW)
Lanai
2ft @ 14s from 193° (SSW)
South swell holding at a couple of feet 14s, while Barbers feels almost a foot 18 seconds from the new long period pulse Pat Caldwell predicted. Should be a good day on the south shore, check the webcam before going. 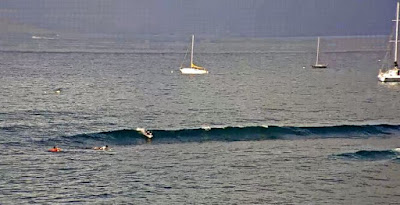 NW swell disappeared at the NW buoys, and trending down at the local ones. There should still be some small sets out of it, but today it's going to be mostly windswell, which in turn went up a notch at Mokapu.

North Pacific has the windswell fetch.

South Pacific has many small/weak fetches scattered all over. Too many to circle, but none really worth mentioning. 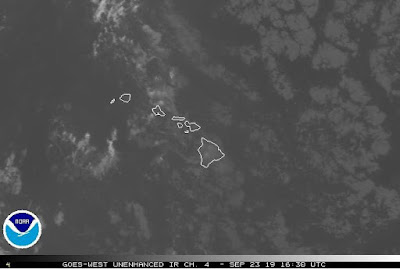 I think your days are off.. Today is Tuesday but you post says Monday?