Still waves on the south shore yesterday (with early rain induced onshores in Lahaina), but here's two north shore photos of the day. This is Gofoil's Alex Aguera riding waves at Lanes on his SUP foiling board and a wing. This last one is the reason why I decided to do the surgery for my trigger fingers.. 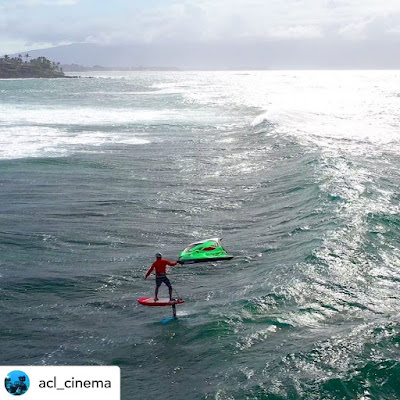 As usual Jimmie Hepp shot the windsurfers at Hookipa, this is a well above average wave. Most other ones in this gallery are half the size. 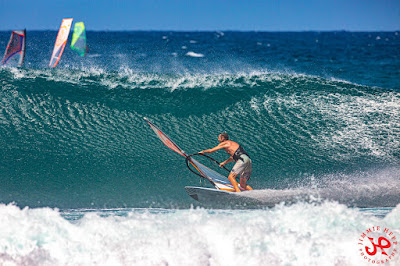 Couple of feet 13s is what is left of the last S swell, a lot smaller than it's been, but still fun.  This is a double overhead set at Ala Moana that caught everybody by surprise yesterday afternoon, but today the size should be more like waist to head high. Check the Lahaina webcam before going. 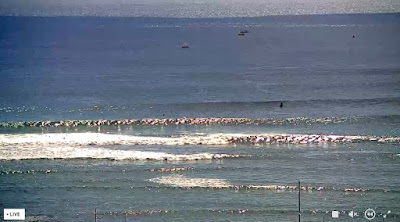 Notice also the 1ft 18s reading at both buoys though. That is a brand new long period swell that was not in anyone's forecast. I doubt it will get any big, but it's a nice surprise.

NW energy down in period, but still lingering, while 9s NE energy from the fetche we've been observing in the last few days adds on top. This mix should keep some waves rolling at Hookipa and the east facing shores, while a longer period small NW bump is expected tomorrow.
Wind map at noon.

North Pacific has a N and a ENE weak fetches. 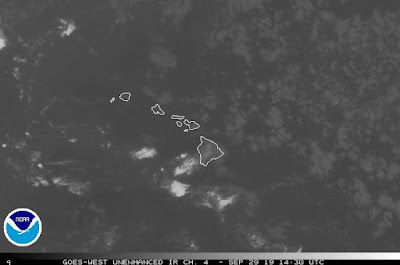