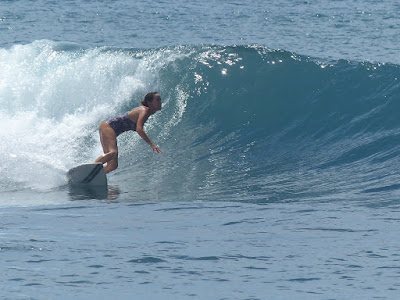 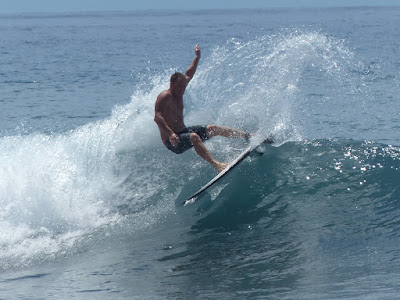 Big numbers at the buoys equal big waves. Another excellent day ahead. Check the webcam yourself before going. 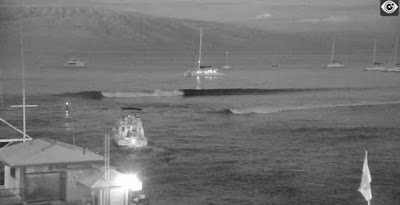 Here's how Pat Caldwell described the evolution of the fetches.
A pair of systems tracked east SW to SE of New Zealand 9/15-19 aiming energy at Hawaii within 180-220 degrees. The first event filled in locally Tuesday 9/24 and is holding 9/25 favoring 180-190 degrees with 14-16s wave periods. The second event is building 9/25 from 190-220 degrees with 18-22s periods. The second event had much higher seas and a wider fetch in both the southern Tasman Sea and SE of New Zealand. This event should peak on Thursday morning above average.

The jet stream associated with the second event aforementioned become meridional, or south to north, 9/19-20. A cut-off low pressure formed from the sharp meridional trough east of New Zealand 9/20. The surface low pressure jogged from near 45S 9/20 to near 35S 9/21 along 160W. This set up a captured fetch acting upon existing seas from the second event aforementioned. Seas grew to 30 feet. The system weakened 9/22.

The PacIOOS/CDIP American Samoa buoy showed 8-10'@14-16s intervals beginning 9/22 into early 9/24. This energy is expected to fill in locally Thursday 9/26 from 180-190 degrees, adding to the existing event, and making for more consistent sets. The new event should peak near sunrise Friday and hold above average into Saturday morning. The event should slowly drop to below average by Sunday morning from 180-190 degrees. Heights should remain low on Monday 9/30.

Slivers of NW energy plus the windswell should keep the waves pretty small on the north shore.

South Pacific has a nice fetch E of New Zealand. There's going to be a short break of action beginning of next week, but this fantastic south swell season will continue afterwards. 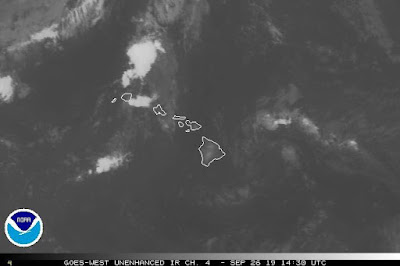