I'm running out of words to describe the waves on the south shore, this week has been amazing. Yesterday, between 10 and 11am, in the spot I surfed, every single head and a half set that arrived (and there were many) was a 10. I was happy to just witness such perfection when paddling out or even when caught inside. I almost swallowed water in the duck dives, as my mouth was wide open showing disbelief for what my eyes were seeing. If you've followed this blog for a while, you know I don't give 10's easily. 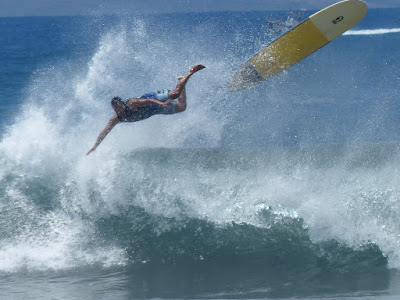 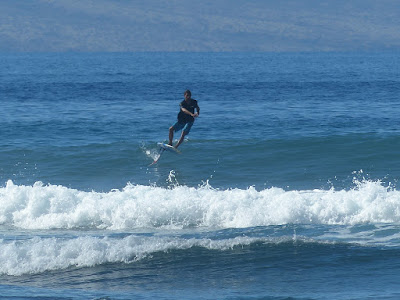 McGregor was packed in the glassy morning, less crowded but a bit choppy around 1pm on my way to work. 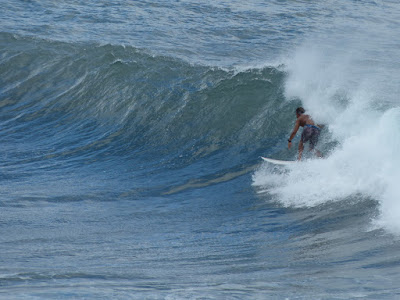 Meanwhile, on the north shore the NW swell picked solidly as predicted. Jimmie Hepp has a whole gallery of pictures. 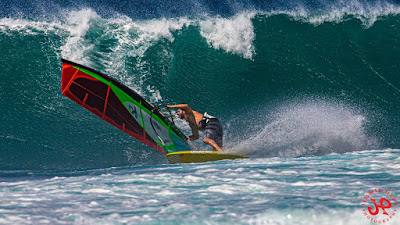 He also took this classic shot of Robby Naish. 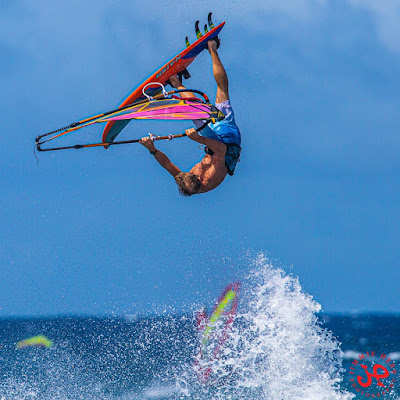 Period down to 14s, but heights still up in the high threes, today should be smaller than yesterday (when Lahaina had up to occasional double overhead sets), but still solid head high plus. Check the webcam before going.

The NW001 buoy has a solid 10s reading leftover from the NW swell (but the NW101 doesn't), but the graph of Hanalei below clearly show that the swell peaked yesterday. It will be smaller today, but probably still fun size. Hard to say without Waimea and Pauwela. 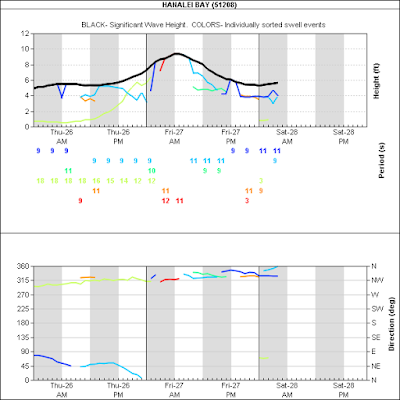 North Pacific has the three fetches in the picture, all pretty weak.

South Pacific has a weak distant S fetch. The yellow one has the usual question mark, 'cause we can't know for sure if it's aiming at us. 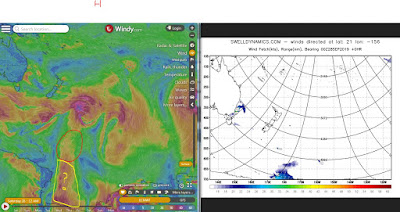 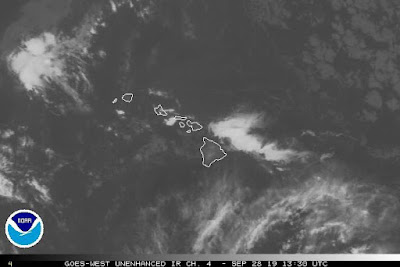