I'm back in Maui and the morning call is back on the blog.

Don't have a photo of yesterday, but Hookipa was windy and had some small windswell waves. More of the same today. Pauwela reads 6.5ft @ 9s from 78° (ENE) at 8am this morning.
Also won't have a morning photo report for a couple of more days until the new phone I ordered arrives.

Below is a little cuttie from Bali. 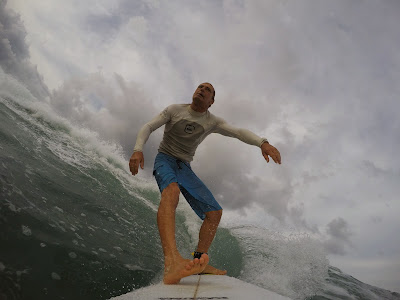 The wind map shows the north Pacific dominated by two cells of high pressure that will stay pretty stationary and keep the trade wind flow and the storms away from the islands.
That little fetch up NW south of the Aleutians will stay there long enough to send a NW swell that Surfline is calling at 3.5f 12s on Saturday (picking up Friday afternoon).
It also shows a lovely typhoon way west of us that won't do much since it's moving away from us. Eventually in a week it will go up in the little corner where the NW fetch is now and hopefully send us some waves, but it's too early to talk about that. 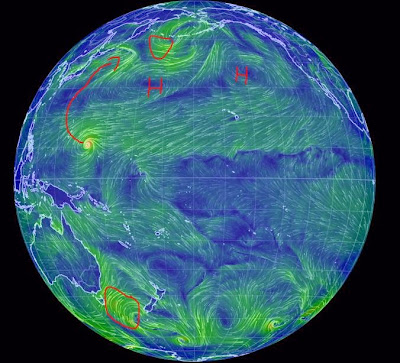 It also shows a nice fetch in the Tasman sea that will generate a big swell for Fiji: 14f 15s on Sunday (Monday here) and hopefully we'll get some scraps from the SW a few days later.

That one will also do the usual crossing over New Zealand and we will have to see how big (or small) of a south swell will generate. In the meantime, the south shore still has some energy, as this Barbers Point reading shows: 1.6ft @ 14s from 175° (S). Lahaina webcam shows some fun ones that look knee to thigh high. High tide around  1pm over there. 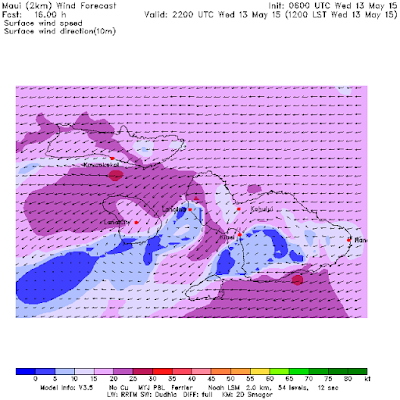