Another spectacular sunset from Jimmie Hepp. 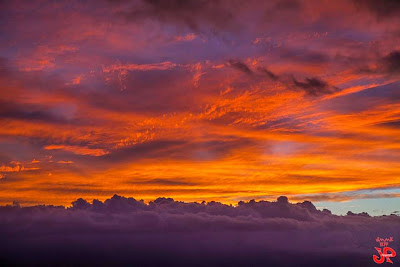 0.7ft @ 18s from 210° (SSW)
and you can expect a little more consistency today, but not much. Tomorrow and Friday will be bigger and more consistent. And after that, it looks like waves on the south shore for a couple of weeks. We like that.

1.9ft @ 11s from 329° (NW)
The NW swell disappeared at the NW buoy and even though that might be a temporary glitch, it's never a good sign. But it is up at the Waimea and Pauwela ones, so do expect some head high sets at Hookipa today. Smaller tomorrow.

Wind map shows a nice NW fetch (swell on Sunday) and more seas heading our way being fabricated down south. Notice a new fetch in the Tasman sea also that will keep things rolling. 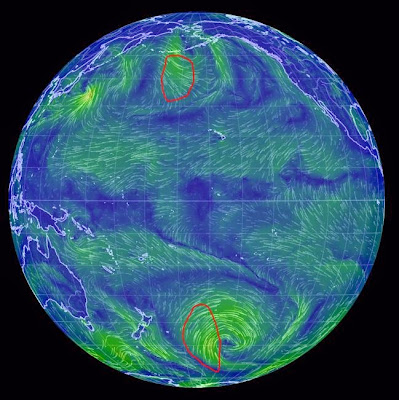 Wind is about to get lighter, even the generous NAM3 model doesn't call for much wind today. 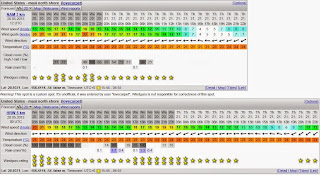