The north swell hit in the afternoon yesterday and the north shores of the Hawaiian islands lit up.

This is surfer Justice Patao in a great barrel at his home break. Great shot from photographer John Patao. 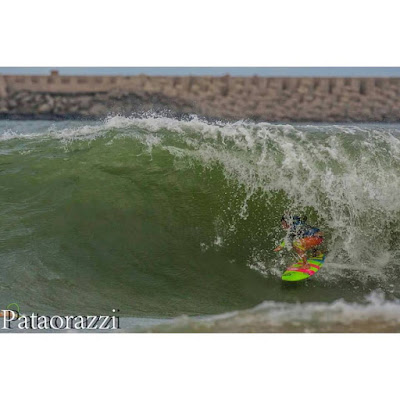 I heard Honolua was pumping at sunset too and I'm not surprised considering how quickly the buoys went up.

Talking about which, here's the readings.
N 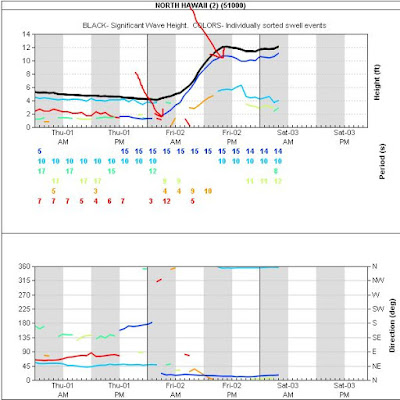 Good luck with choosing the spot, most of the north shore will be a white mess today (look at the four different periods at the Pauwela buoy), but of course some spots will clean some of that mess up!
And of course, the west side is an easy call in these cases.
Watch the tide, since it's one of those days (half moons) in which there's only one high and one low.

The wind will be slightly more onshore than usual and that will contribute to the messiness factor.
Probably epic sailing conditions if you know where to go, though. 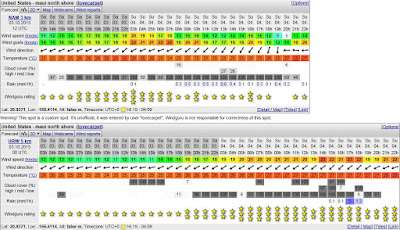 This close up of the wind map shows the local wind direction. 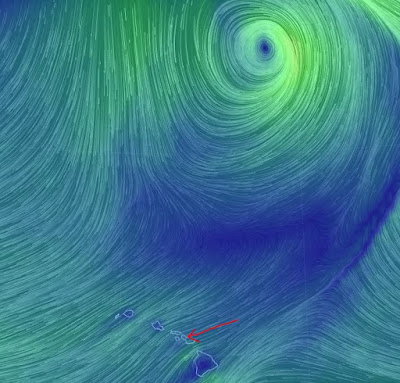 Three fetches to be happy of: a north one, a west one and a south one. 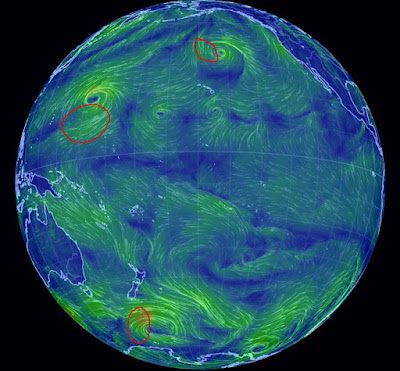 We might even get an east one soon, if the tropical storm that's hanging SE of the islands will do its forecasted track. 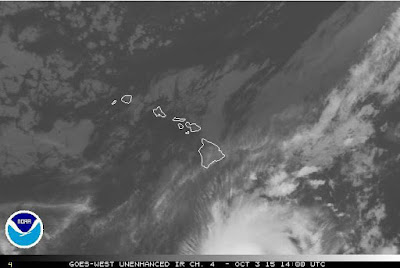 Supposed to become hurricane force, we'll keep an eye on it. 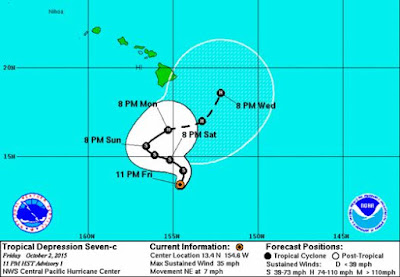 In the meantime, happy hunting and be safe. There's some big waves out there today.
Posted by cammar at Saturday, October 03, 2015