A shortboard session for me yesterday. Between ups and downs of the wind, the harbor was pumping all day (my session was pretty epic), but this is the only image I have of it in a moment of poor conditions. 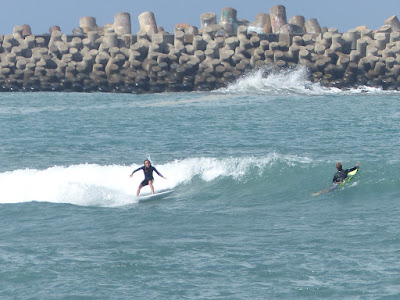 This image by Chris Pagdilao shows the wrap of the NNE swell at Puamana instead, which I completely forgot to mention the possibility of in yesterday's call. 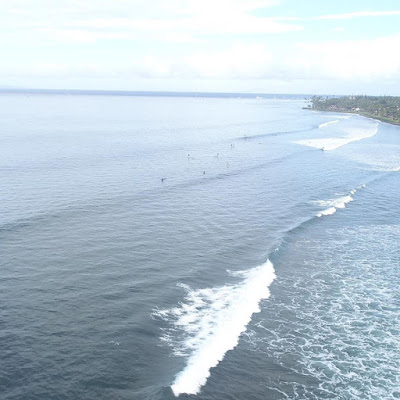 Not sure what to make of those readings, what I know is that the wrap from the NNE swell will most likely be in Lahaina also today.

5.7ft @ 9s from 26° (NNE)
2.9ft @ 6s from 22° (NNE)
2.2ft @ 18s from 330° (NW)
I'm going to completely ignore the 18sw reading at Pauwela (no other buoys have it) and just focus on the NNE energy that, as predicted, is staying well elevated. That's a great direction for both north shore and west side, what counts, as usual, is the wind. Two pictures below is the usual map at noon, which is right when the NE wind will intensify. Much better earlier if you want to surf on the north shore. Check the maps at link n. -2 for more details.

Right below is Pauwela's graph instead, coupled with yesterday's prediction of it (pretty similar graph). The swell did peak around 9am at almost 14ft 13s, but the 10f 12s of this morning, will still provide plenty energy for us wave lovers. 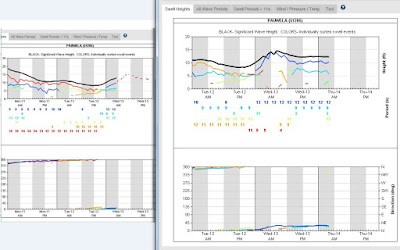 When I saw this morning's weather map I went "oh no, I know this situation! That massive high pressure will make for strong trades for a while!". But then I noticed that low just east of Big Island... 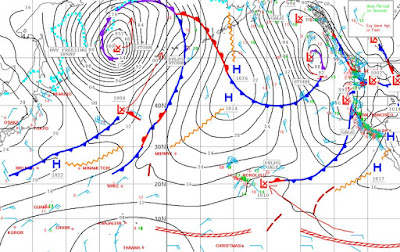 ...which is going to spare us the strong trades. At least, that's what it looks like in the latest GFS model run, beautifully represented below in the very effective 10 days windguru table. Looking forward to Saturday, but staying focused on the present. 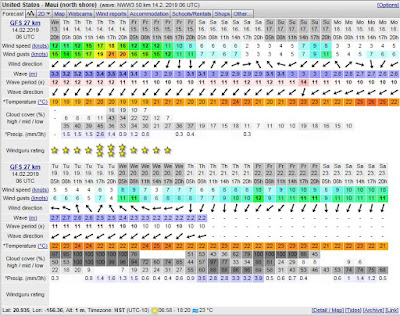 North Pacific shows a distant WNW fetch and the nearby NNE one.

Is the energy from that very remote SSW fetch going to reach us? My guess is not, as New Zealand sits right on its path. 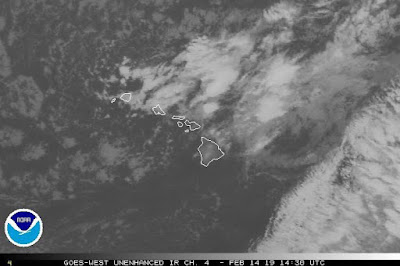