Two shortboard and a SUP foiling session for me yesterday in a day in which I witnessed a lot of beauty. Let me start with the gopro shots from the first session. Here I'm perfecting a new school yoga routine off the drop. 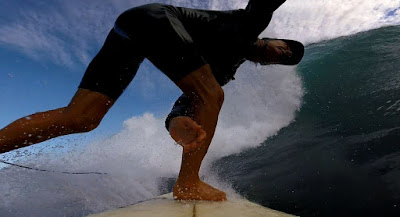 Got to work on the exit. 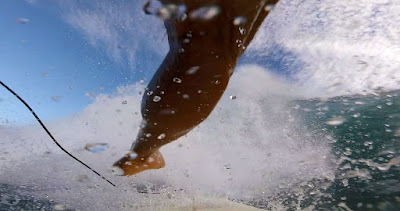 Fortunately I also stuck to some old school barrel dodging, a discipline that I master. 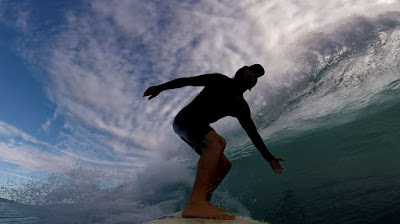 As I said, beauty all around. 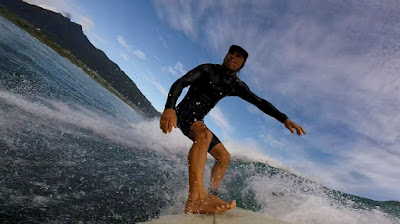 Front foot landed a bit off center on this drop and I couldn't set the rail in the bottom turn as early as I would have liked, so I only got to admire the wall that I could have been on. 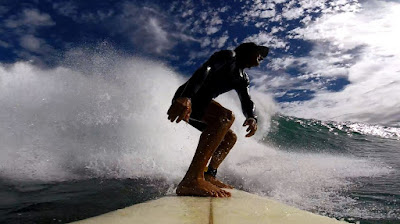 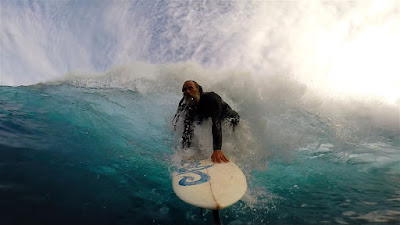 Here's a spot that had some barrels on offer to mostly body boarders. With some exceptions like this longboarder. 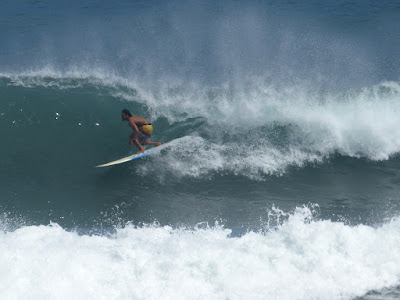 Or this shortboarder that looks like Jud Lau to me, but I'm not 100% sure. 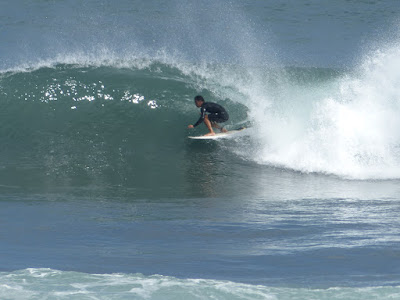 Here come the spongers! Everybody was ripping. 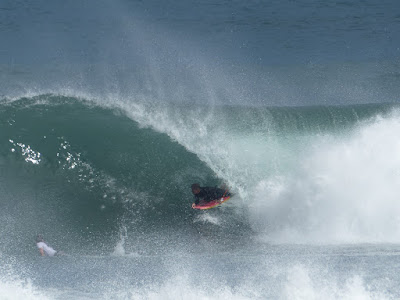 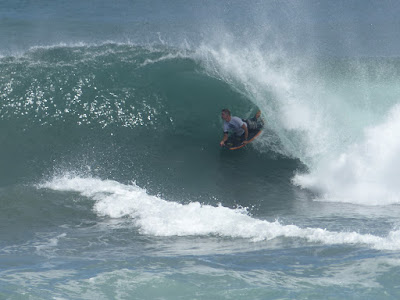 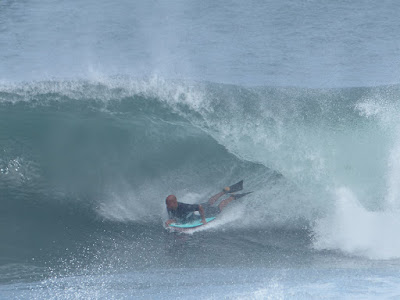 The last picture was of Jacob Romero, who always deserves a special mention and here's a little clip that shows one of his many barrels, plus how heavy those waves were.


After so much surfing, let's take a break and admire some female beauty. 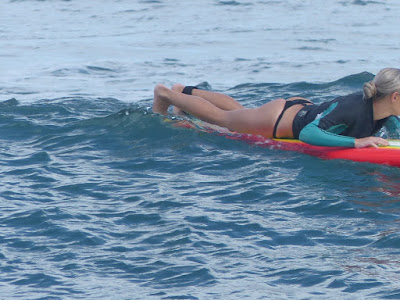 The harbor was much more mellow, but Alika's (or any foiling foiler's) focus still needs to be 100% in order to achieve success. 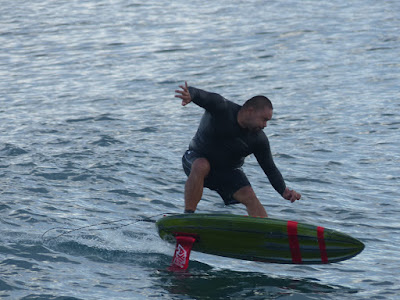 Eddie gets the shot with the background. 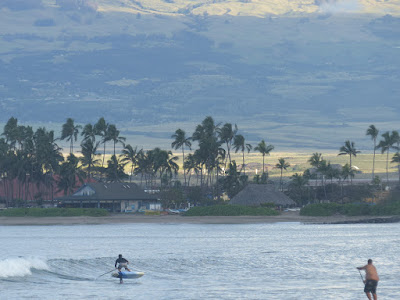 Kane is now on a SUP foil board, training for the upcoming downwind race season. Looks like he was having fun. 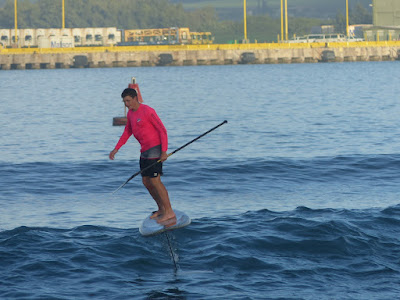 Stubborn W small energy should make for another day of small waves in Kihei.

This swell is going to be less west than what we had lately, as explained hereafter by Pat Caldwell:
The next system in the western north Pacific formed 2/3-4 east of the Kuril Islands with the low center tracking ENE from near 40N, 160E. Storm- to hurricane-force winds kicked off the initial 24 hour period with seas growing above 40 feet late 2/4 into 2/5. The fetch was 300-320 degrees, without the more W to WNW component of the previous few weeks. Thus less Kauai shadow on Oahu is expected from this source. The head of the fetch crossed the Date Line centered on 310 degrees 2/6. The 12Z 2019-02-06 JASON altimeter showed seas over 30 feet. The system is expected to weaken sharply 2/6-7.
Below is the collage of the maps of Feb 2,3,4 and 5. Seems like two separate swells to me, but that won't count much at all, because we know we're about to experience some extremely rough conditions soon. This time, DO BELIEVE to the NOAA warning for the weekend:

Wind map at noon. As usual, as far as conditions goes, the wind will count much more than the waves. The model gives almost no wind at Hookipa until 9 when the onshores should start blowing. But I wouldn't get too excited about the 7am conditions either because, even though there's no wind at my house as I type, the ocean sounds like messy already (white noise). I might not even report from the beach, as the early look at the webcam makes it look like a waste of time.

North Pacific offers a distant NW and a nearby N fetch.

Morning sky and the start of the counterclock circulation associated with the forming nearby low. 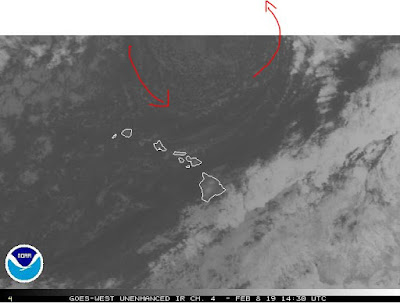