A shortboard session for me, but a 3 hours epic one, most time by myself. Here's some shots I took of a spot that was working fine and got crowded with ripping surfers.
This looks like Tatiana Weston-Webb to me. 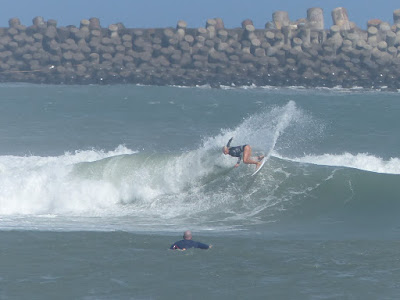 This instead is a local ripper that I've seen already, but can't quite identify. 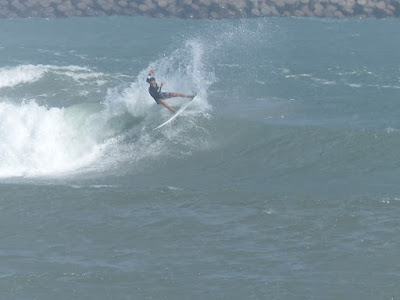 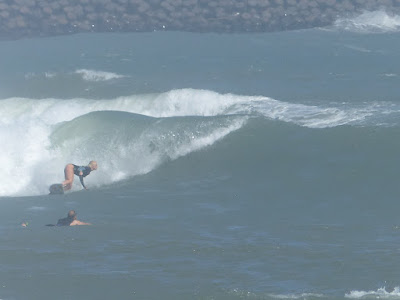 Not the best day for such a thing. 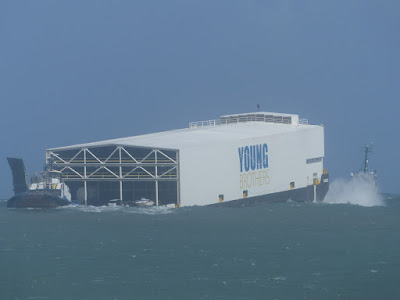 Allegedly, Yago Dora was in the water too. This could be him. My guess is that, seen the Kona wind prediction for today, some Oahu surfers came to Maui, as their north shore will be blown out. 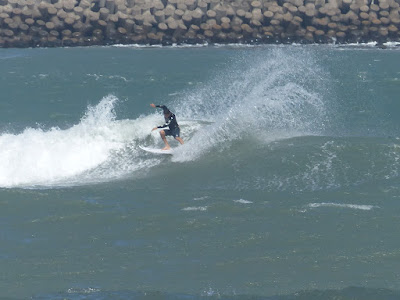 Jetty had its moments, but overall too much energy. 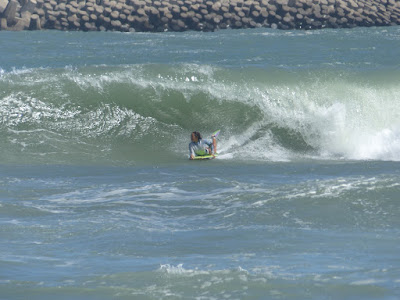 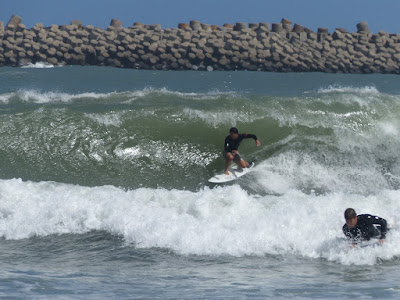 3.2ft @ 15s from 256° (WSW)
Still westerly energy from the declining distantly generated long period WNW swell at Lanai should make for another day of small waves in Kihei, even though onshore and blown out.
North shore
NW101

7.4ft @ 15s from 324° (NW)
6.7ft @ 9s from 344° (NNW)
6.5ft @ 11s from 343° (NNW)
Four different periods reported by Pauwela (but most likely there's pretty much everything from 9 to 15s) from a range of direction from 324 (distantly generated) to 343 (nearby generated). None of them is yet at extra large levels, but the readings at the upstream buoys indicate that it's on its way. The low intensified in a position more west than originally predicted by the models. That wasn't an easy prediction because, as Pat Caldwell put it, weather models show a pattern that looks like wax balls in a lava lamp just north of Hawaii. Uncle Pat, that cracked me up.
I don't think it's now going to pass the 20 feet mark, so it's should overall be quite a bit smaller than originally predicted. That is a really good thing from the beach erosion point of view. But the low is modeled to get a lot closer to us in the next 24 hours, so we'll see what happens. Lots of NE energy after that.

In the meantime, where do we surf today? Well, now that I read the buoys, at the moment you could surf anywhere on the north shore, possibly with the exception of Hookipa (or at least not by me, as it will pretty big and super consistent). Also the wind is favorable at the moment, with speeds of around 10mph from the south. Could be even kinda epic everywhere actually, but the Kona is predicted to intensify quickly from 9am to noon. I'll try to report, but not sure I will be able to.

Wind map at noon. I strongly recommend the analysis of each single hourly map of link n. -2 if you want to plan any kind of session.

North Pacific has a relatively narrow nearby NNW fetch associated with the local low and a small distant NW one.

Not much from the south.

Morning sky shows the center of the low well NW of us. It's predicted to move SE and come a lot closer. 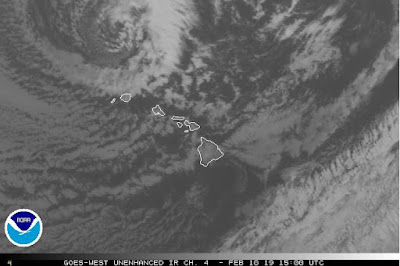