A shortboard, a sup foiling and a shortboard session for me yesterday, in that order.

Let's start with a great shot of the Haleakala by Jimmie Hepp. He's got a whole bunch in this gallery. 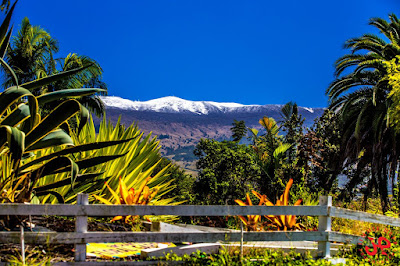 The harbor was back to heaven again, with a relatively low week day crowd. That is until the training kids showed up. This is Abby who keeps impressing me with the good use of her arms. 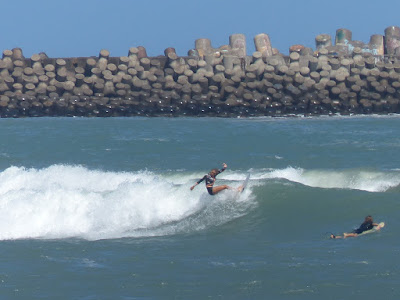 This looks like Savanna Stone hitting a relatively critical section. 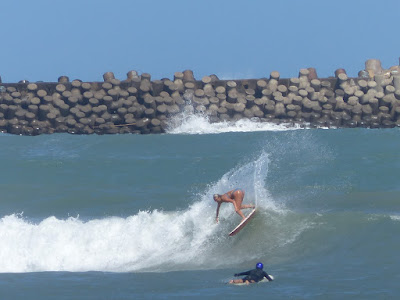 Austin Kalama was pole vaulting each single wave he caught. 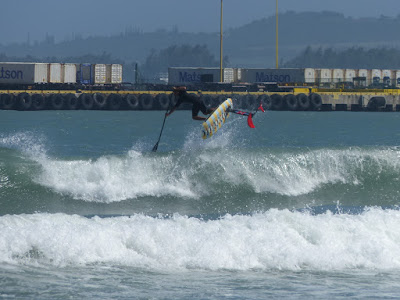 Grabbing rail on this one. 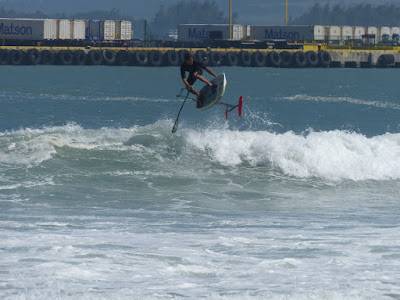 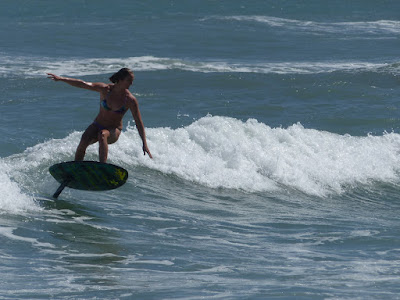 Michelle gets the mandatory shot with the snow on the top of our beautiful Haleakala. 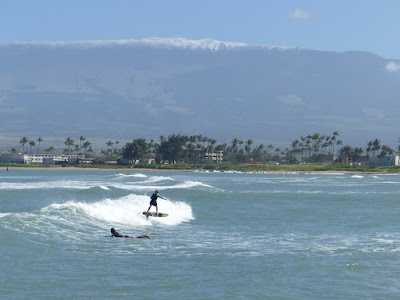 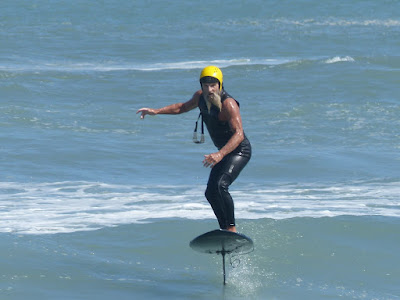 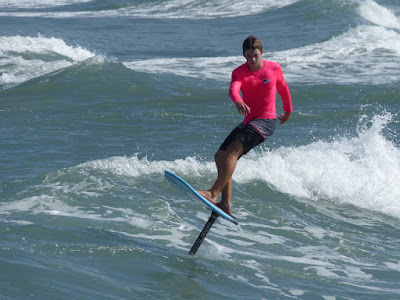 This is the last wave of my short SUP foiling session. Didn't like all those bubbles that give the foil turbulence. Plus, I need to try to limit my foiling to a minimum amount, because of my trigger fingers and other body pains related to it.

4am significant buoy readings
South shore
No sign of southerly energy at the buoys and Lanai doesn't have any more westerly wrap, so probably flat to tiny today.

5.4ft @ 9s from 343° (NNW)
Still plenty stormy waves on tap (even though on the decline) for the day. A sheltered spot is still the call for the day. Below is the graph of Pauwela together with the Surfline forecast. As you can see (purple line), tomorrow afternoon a new large NNE swell (fetch below in the fetches map) is predicted to rise and stay elevated for the rest of the week. 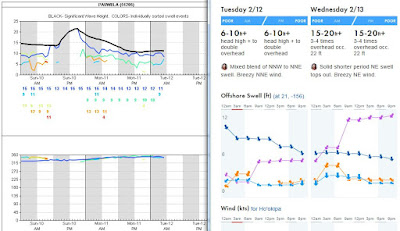 North Pacific has a small WNW fetch, but the most important one is obviously the nearby new long and strong NNE one, which will send us the NNE swell depicted in the Surfline forecast above. 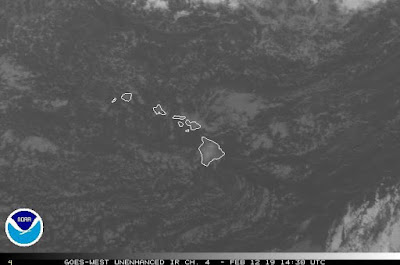