A SUP foiling and a longboard session for me yesterday. Don't have a worthy local pic of the day, so here's Signature foils' Nathan Van Vuuren's new 2.9 prone board. That is 2 feet 9 inches. 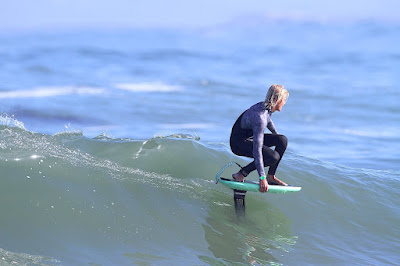 3.4ft @ 11s from 344° (NNW)
3.2ft @ 6s from 37° (NE)
3.2ft @ 9s from 7° (N)
New large long period NW swell on the rise all day today, as the graphs of NW, Waimea and Pauwela show below (blue line on all graphs). Notice how the significant wave height (black line) is much higher than the NW swell, as the shorter period N swell from the nearby fetch adds energy on top of it. That, together with the unfavorable winds (16mph from N in Kahului at 6.45am), will give the unsheltered spots of the north shore messy conditions and disorganized breaking patterns making them pretty much unsurfable. Seek for sheltered spots or try the west side.

Wind model didn't update, so this map at noon is more than 24h old.

North Pacific has a NW and a nearby N fetch. That other NE blue area seems too weak to deserve a circle.

South Pacific has a tiny bit of fetch SE of New Zealand. 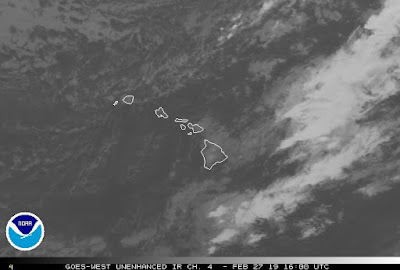 I believe he paddles into the wave!