Two longboard sessions for me yesterday. Once again the harbor had plenty action and it was pretty much the only spot on the north shore. Unless you're Albee Layer and you can surf the bombs on the outside. 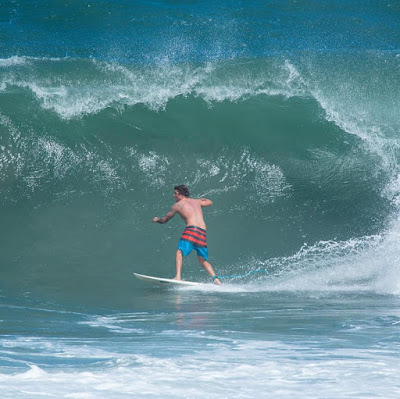 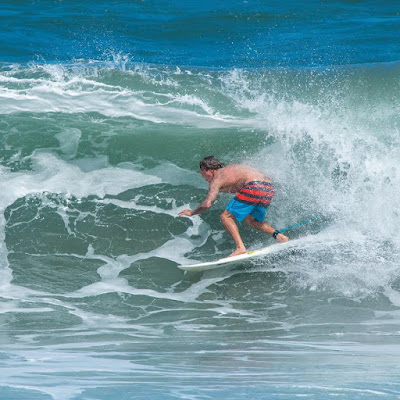 Those photos were taken by Chris Pagdilao, of whom I took this one. 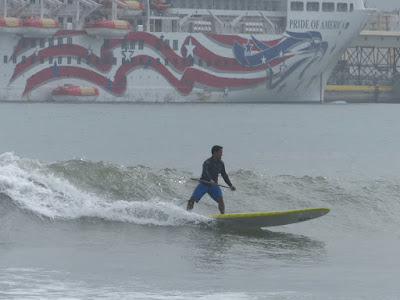 1.7ft @ 10s from 218° (SW)
0.9ft @ 11s from 202° (SSW)
Between the westerly wrap of the NW swell and those small 10-11s SW readings, there might be small waves also today on the south facing shores. Reports from Ukumehame yesterday were for knee high waves. Seen the readings at Pauwela, the Puamana area might easily get some northerly wrap wrap. To find out, check the west side webcams and try to guess from what you see. For example, this is a collage of the Napili Bay, Kaanapali point and Little Makaha webcams I took yesterday afternoon. They all had waves, which might be bigger today.

8ft @ 13s from 355° (N)
After a temporary shift more to the east, the NE energy associated with the fetch of the nearby low is now back to a more northerly direction (which is great for the harbor). I was a bit surprised about this, so I retrieved and collaged the fetch maps of Feb 15, 16 and 17 and noticed I failed to circle an important section of the fetch on the 16th. I now circled that fetch in green and that's what made what we see at Pauwela today. Notice how it quickly shifted to the east the day after and the related yellow fetch is going to miss Maui. That means: enjoy today, as that energy might be declining tomorrow replaced by the E energy of the red fetches I originally circled on the maps. We'll see, what counts is that this morning the waves will be clean everywhere as the wind is predicted to stay light all day.

Wind model still not updated (let's hope they fix it), this is the noon map of the NAM model. Should be light to no wind all day. 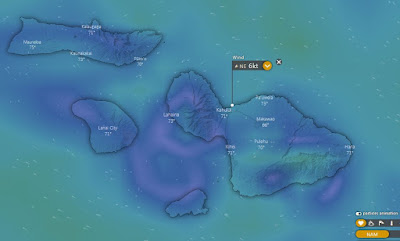 North Pacific has a WNW and a E fetch. The big blue one will completely miss us and send a massive swell to the Marshall islands.

South Pacific has a couple of small fetches. 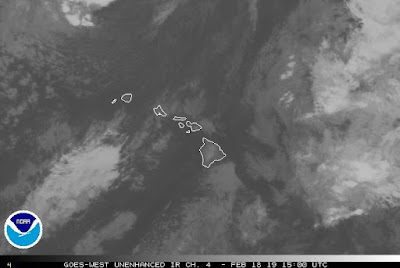