A shortboard and a longboard session for me yesterday. Here's a couple of shots of the spot where I spent all day. 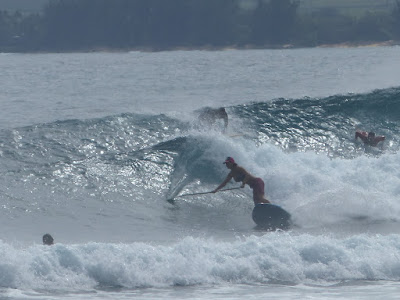 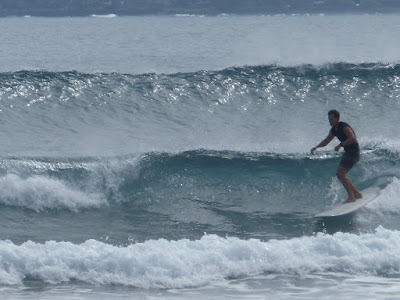 This is Hookipa instead. 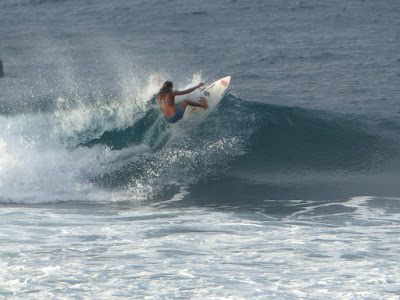 Minimal Tasman Sea energy continues at the buoys. I heard yesterday there were waves at Ukumehame that were up to occasionally waist high, smaller in Lahaina. I'm going to call it flat to knee high today.

The Pauwela graph below is pretty explicit: the energy from the ENE is declining steady and that's what the purple line on the Surfline forecast on the right also shows. Not much else is in the water, consequence of the lack of wave generation that we observed on the fetches map in the last couple of days. At least the wind should be favorable once again (been wonderful the last couple of days), so enjoy small and clean because tomorrow is going to be smaller and less clean. 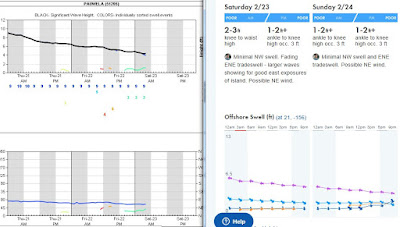 North Pacific has a decent NW fetch that will give life to a medium size/period swell on Tuesday (6ft 11s from 329). The red arrow points to the low that will instead generate a much larger swell for Wednesday/Thrusday. Unfavorable winds for those, unfortunately, but all can still change.

South Pacific has a couple of interesting fetches. Mark down next weekend as a day of possible small waves on the south shore (tbc by the buoys and webcams observation). 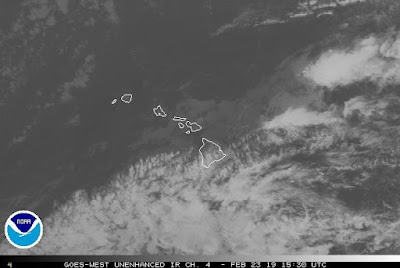