Hookipa yesterday morning. This is a nice spray fan by Imai De Vault. I chose this photo also because there's Axel Rosenblad paddling out on the back. He is one of the many Maui kids that started surfing at very young age. See how high is his head compared to the board? That is because his young spine was much more flexible than the one of an adult.That makes the paddling much more effective. Not a chance your head could reach that height if you started surfing as an adult (unless you were a yogis or a gymnast). 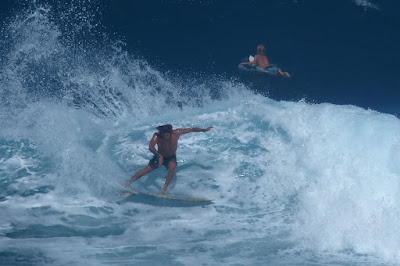 Here's Axel doing another thing you probably will never do if you started surfing late in life... 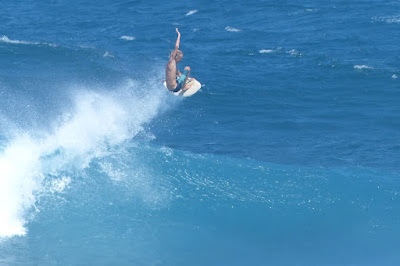 Imai is surfing at top levels and his results in the first three WSL Qualifying Series show that. He's currently fourth (in reality third, as Kanoa Igarishi is first and belongs to the WCT already) and has good change of qualifying for next year's WCT (first 12 qualify) with a good result at the upcoming last event in Haleiwa (Nov 26-Dec 7). 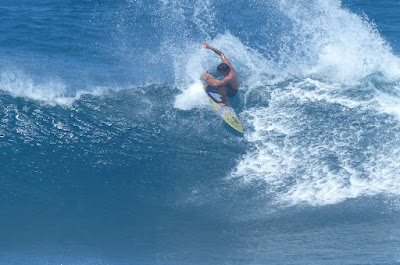 Later on the windsurfers took over. Photo by Jimmie Hepp from this album. 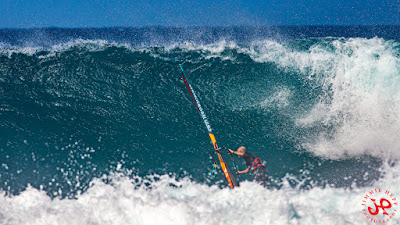 NW wrap went down and Barbers can show southerly energy again. Very low but long period in this case. Check the Lahaina webcam if interested, for size, conditions and consistency. 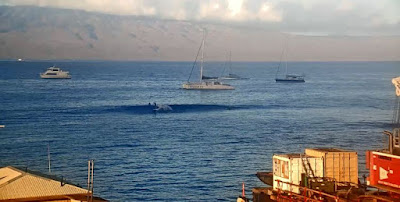 The northerly swell is now coming from the NNE, reflecting the path of the fetch. This energy should be declining all day, while a new long period small NW swell will very slowly pick up. Let's have a look at the maps of Oct 1 through 4 below. I put an arrow to indicate the fetch that generated it. Not strong and not particularly close, but long lasting. So only 3-4ft ~12s predicted for tomorrow by Surfline and also by the Pacioos graph below (pink dotted line).

Home guess for Hookipa is around head and a half and some wind. 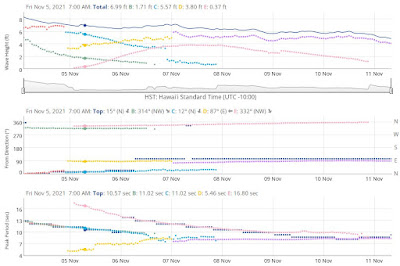 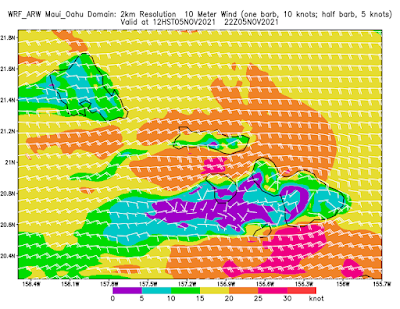