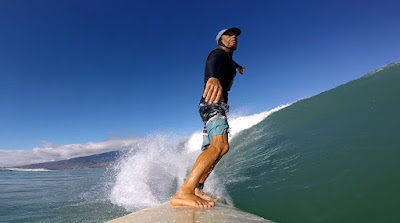 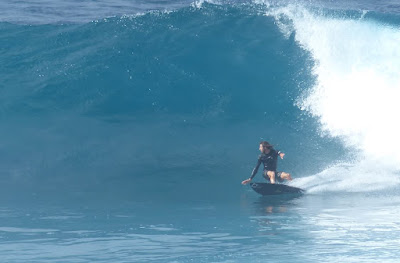 4am Surfline significant buoy readings and discussion.
South shore
No southerly energy at Barbers. Check the Lahaina webcam if interested, for size, conditions and consistency.

New long period extra large NW swell is on the rise at the upstream buoys. This is how Pat Caldwell described the evolution of the fetch:

The next event is expected to be bigger since the head of the fetch got closer. It also started off Japan last Friday (typhoon Malou merging with a midlatitude low). But the compact size and fast track mean little surf expected locally from west of the Date Line over the 300-315 degree band.

The winds increased as the system approached the Date Line Saturday night. The fetch over the 310-330 degree band moved as a captured fetch with severe gales to about 1300 nm away, then weakened to lower-end gales late Sunday into Monday. Near gales moved to withing 700 nm over this directional band on Monday morning, when the swell generation for this band ended.

The long-period onset is due in the wee hours Tuesday 11/2 with surf steadily building from dawn (4’@18s) to noon (8’@16s) as the size rises above average into extra-large (trigger outer reefs) for latter afternoon. JASON altimeter showed swell around 25 feet over this fetch while around 1000 nm away 2 AM HST Monday 11/1. This should represent the peak overnight Tuesday night to near dawn Wednesday. The swell from 310-330 degrees should remain above average Wednesday morning marginally extra-large, but drop steadily below average by Thursday.

Below are the maps of Oct 30 through Nov 2 that will help follow. The fetch itself is not particularly big or intense, but its proximity will grant the size.

Below are the graphs of NW101 and Hanalei together with the Surfline forecast. The red dotted line is my prediction of how it will rise locally: fast, steady and throughout all day.

Home guess for Hookipa is around double overhead head (mostly from the existing 13-15s energy still in the water) to start with, rapidly growing beyond surfable size during the day. By sunset it should be extra large, with all outer reefs and Jaws breaking fairly big. 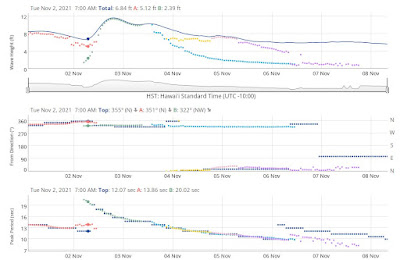 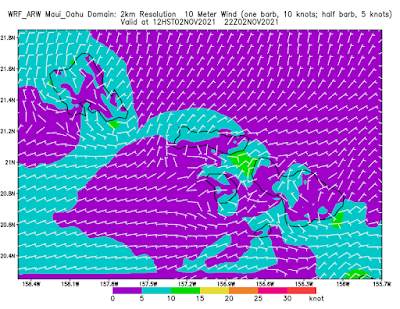