Weird start of the call with photos from 2 days ago. I realized I had taken some before going to see that chiropractic, so here they are. This is Hookipa, Jan 14.﻿

This one instead is from the same day but from somewhere facing south. Thanks James Flynn.

You'll find plenty photos from yesterday on Jimmie Hepp's page and the other photographers on facebook, so let's move on to today's call.

The wind map below shows a couple of NW fetches that tell us not to worry about lack of waves.
I also circled a tight strong fetch still aiming waves at Fiji and a bigger one south of Australia.
That is not gonna do anything for us (at least today) since Australia is in the way.
It's ok. It's a beautiful country and I like pretty much all the Aussies I know, we can leave it there... I'd be just happy if Kahoolawe would disappear! 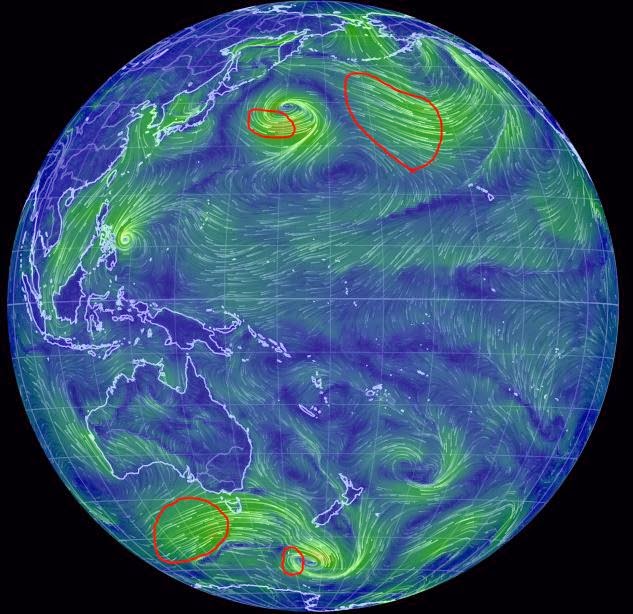 But the tiny island responsible for blocking so much of the energy of the south swells is not going to block much today with the directions shown in the three buoys combo graph below. This time the buoys are: NW, Pauwela and Lanai.

Yesterday I tried to guess 6f 13s at the Pauwela buoy at 6pm. I forgot to check how much it showed, but from the graph you can tell it was around 7f 12s... pretty close. And peaked right after sunset. And I surfed at sunset and there were head and a half sets with occasional DOH ones. Today should be similar, with an unknown consistency because to the major refraction due to the westerly direction of the original swell. Don't expect a photo from Hookipa, because I'll be driving in the dark...

One more closeup wind map to show that there's two weak fronts that will pass by the state today and the light winds should follow accordingly. Mmm... my drive is at risk. I'll do it anyway. Might be good just for a couple of hours, so it's even more important to be there at dawn. 5.45am? Damn, I'm late already... 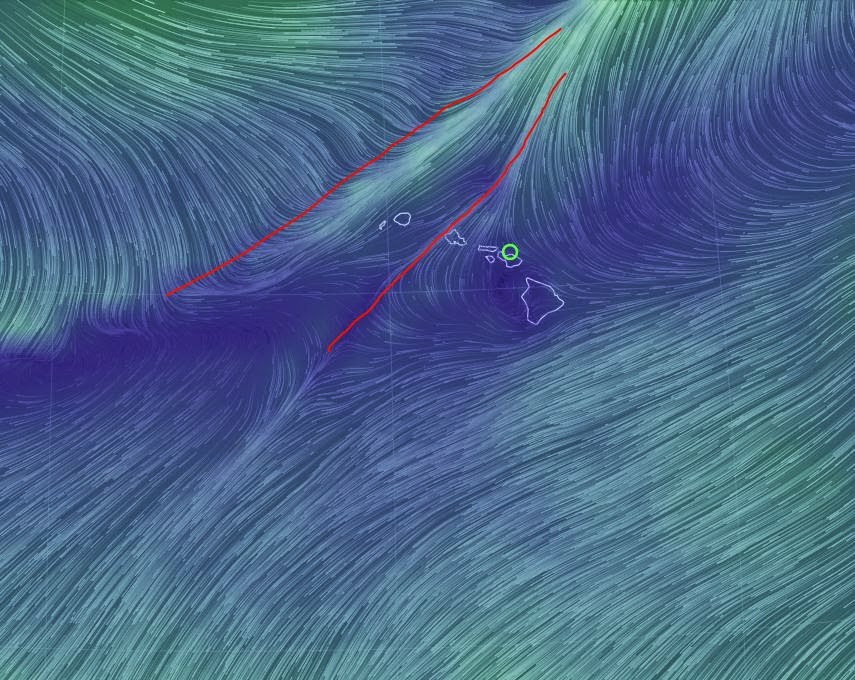