I have a bunch of photos of yesterday's action, but I'll have to do that later, since I want to start putting the call online for the early birds... and I want to be a early bird myself today!

I can't resist posting a photo of the blog author though, who was the one to open the dances at the Lane yesterday, only to be joined by the likes of Kevin Pritchard, Robby Swift and Morgan Noireaux.
Thanks Brian Caserio for the photo. He has a great album on his facebook page. Not sure if the privacy rules will allow you to see it, but you should check it out. 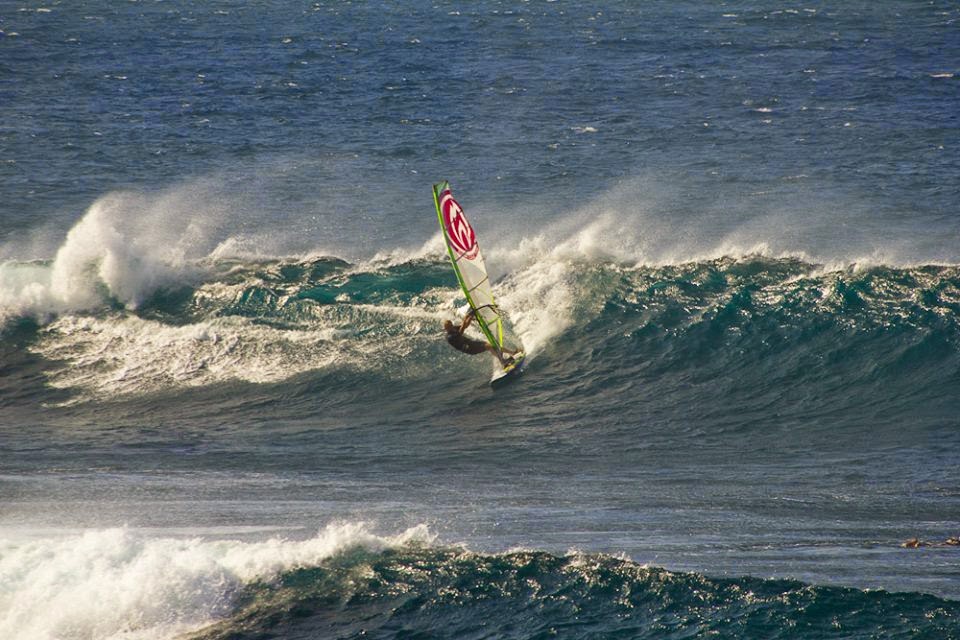 Waves.
Below is the three buoys graphs from which you can see that:
- the swell in Maui is declining, but it still pretty solid at 4f 13s. Maybe no need for a stepup for me today.
- the NW buoy has been hit by the new NW swell that clocks in at 10f 11s. It lookslike it peaked at midnight. Unfortunately, check also the other periods and sizes that are shown and you'll understand that the situation is not clean at all.
According to my rule of the 12 at 16 and 16 at 12, this swell should take approx. 17h to peak in Maui, which means around sunset. But all this is all irrelevant for the reasons I'm about to discuss below.

The NW buoy is IN the that big fetch, towards the end of it. That's why so many periods, and that's why it's going to be disorganized. 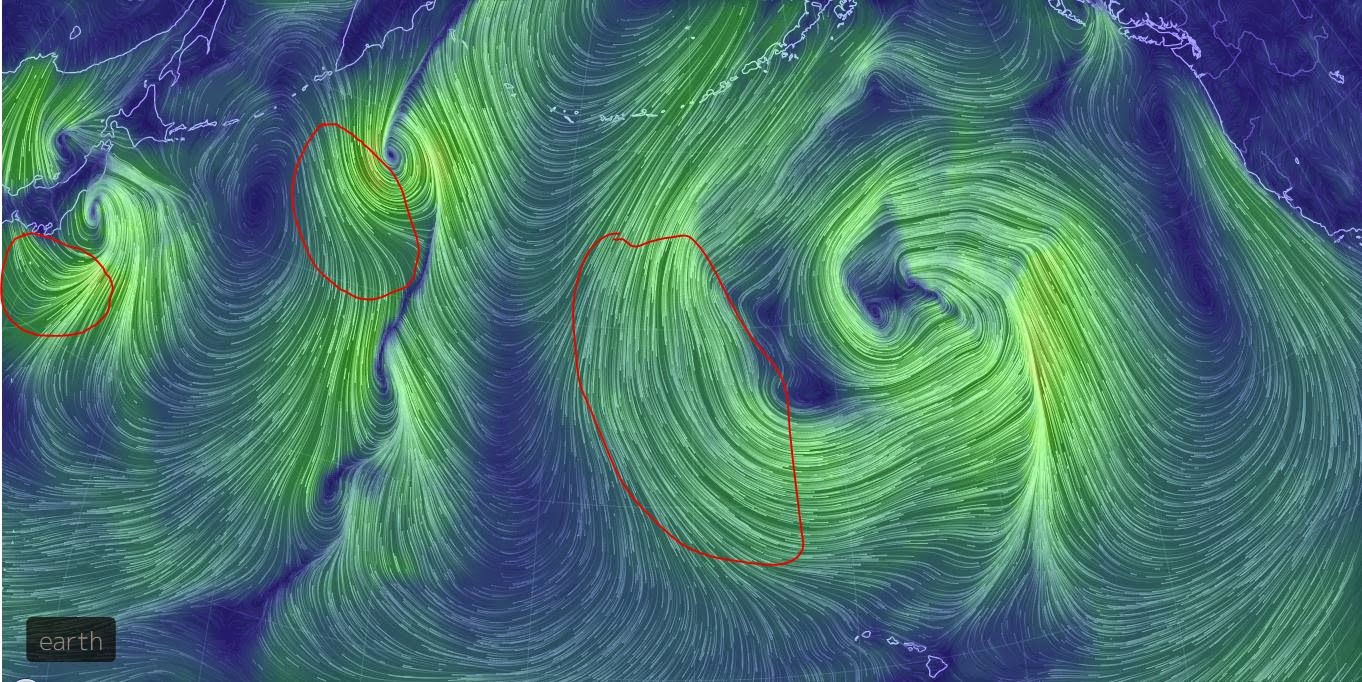 The closeup shows a sudden change of wind direction very close to Maui. It actually shows it already on Maui, but the wind sensors are not yet feeling it at 6am. 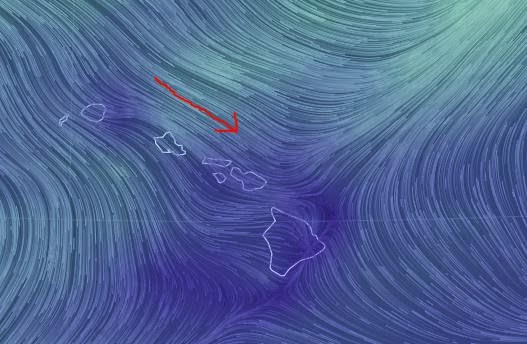 So when is the wind going to change? All the models I checked say around 9-10am. I think it could happen even earlier or at least the lump in the water could be already here, so it is absolutely key to surf at dawn today, because the rest of the day is going offer very poor conditions with onshore winds.

There could be some clouds too, since the front that caused the beautiful Kona conditions yesterday is finally upon us. Not a strong one though. 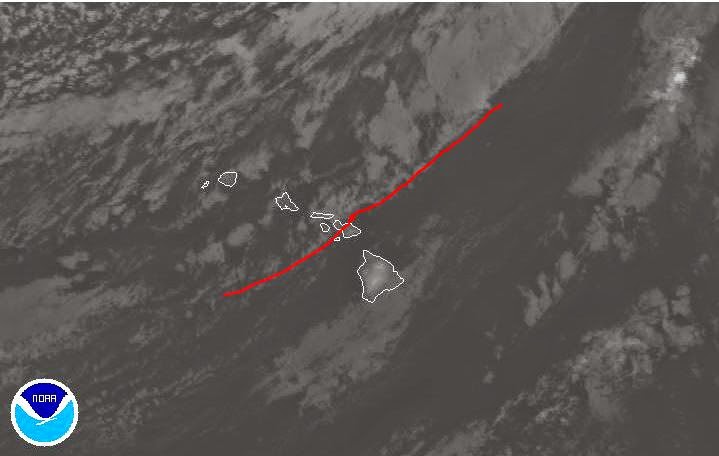 
PS. All the sources for this post are permanently linked in the links section on the right of this blog.
Posted by cammar at Friday, January 30, 2015