A few days days ago, Jason Hall posted this video that hit me pretty hard. Last summer obviously I didn't travel anywhere, but the winging downwinders made also the flattest days extremely fun. Watching this video and knowing that my hands wouldn't allow me to do that anymore made me quite sad.

So I researched and surprisingly found a doctor in Oahu (dr. Atkinson) who does the percutaneous release of trigger fingers (like the one shown in this video). I called them and scheduled the release of the two fingers that bother me the most at the moment (left pinkie and right ring) for this coming Thursday the 20th.

I'm so excited about it, that yesterday I went winging at the harbor after many months of only surfing (during which, the fingers didn't get worse, but didn't improve either). It felt really good to be able to freely chose what I wanted to do. Obviously, today the fingers are a little sore, but I hope they'll be fine after the procedure.

Of course something else will come up after that (likely my front hip), but nonetheless I'm very excited to possibly fix a problem that I had for many years. Thanks Jason for the inspiration.

Southerly energy still at the buoys now down to 14-15s. No sign of the second 18s pulse predicted by Pat Caldwell yet. Check the Lahaina or Kihei webcams if interested, for size, conditions and consistency. 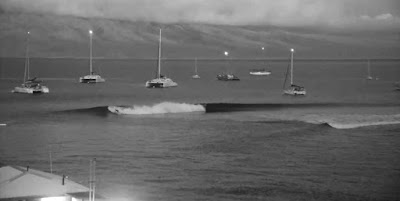 Very small 11s NW energy at Hanalei only (might not show in our waters at all), Pauwela only has small windswell from the ENE. Hookipa and the rest of the north shore will be virtually flat again (some small waves at Pavillions). 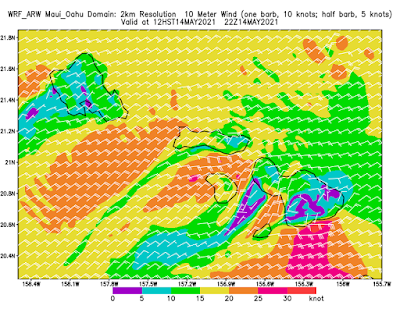