A shortboard session for me yesterday (scored awesome conditions in my surf guide). Didn't take any pictures, but as usual Jimmie Hepp was at Hookipa to shoot the windsurfers. Nice office view. 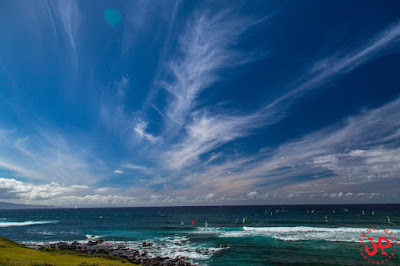 This is my pick out of this gallery. 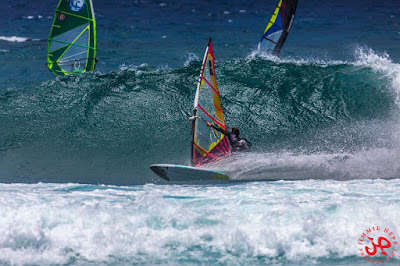 The second pulse of southerly energy that made for excellent waves yesterday (waist to chest with occasional bigger sets) is down to 13s period and the waves look a bit smaller on the new webcam. There's still some nice sets though, like the one below. Not sure I'm going, but now there's the webcam, you don't really need my beach report anymore. 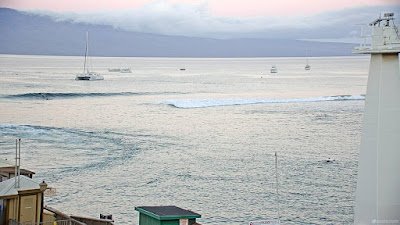 The northerly energy at Pauwela (similar size to yesterday) was generated by the nearby fetch we saw the last couple of days ago. Hookipa will probably be at least head high.

The usual wind maps website is down this morning and with impeccable timing blog reader Jason sent me this other site he found that gives a very detailed map of the wind in Maui. I literally got on it 10 minutes ago, don't even know what model it is, but this is the map at noon. 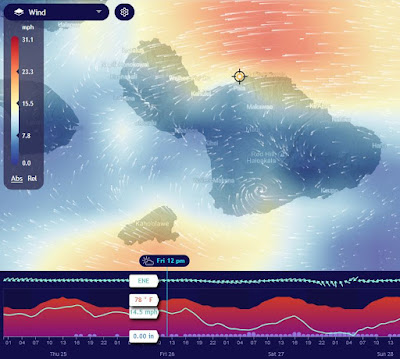 North Pacific shows a NW and a weak NE fetch. The first one is associated with the low that will shut down the trades for a few days, and gift us with a nice NW swell Monday/Tuesday.

South Pacific has a strong fetch deep down in the Tasman Sea, probably the same one that brought those massive waves at the Bells contest yesterday. 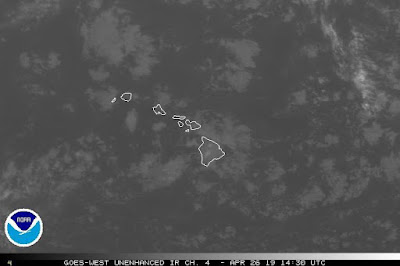