It's with great pleasure that I announce that the new Lahaina harbor webcam is up and running on this website. Thanks to all the people who contributed to the funding campaign. The installation went a little over the planned cost, please keep donating if you feel like.

Three shortboard sessions for me yesterday. I took this image on the Lahaina side in the afternoon. 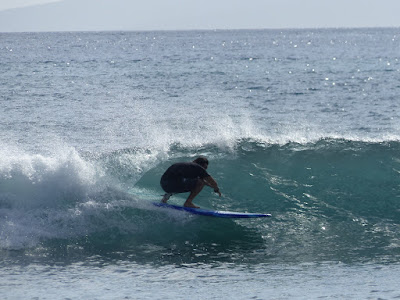 After the trusty Rusty, I pulled out another semi-forgotten board out of the house rack. This incredibly fun 5.7 Proctor 'Lil Rascal got bumped out of the car rack a year ago by a similar one, but it's the perfect board to try out the Mark Richards twinnish fin set I just purchased. That's what I rode all day yesterday. It's so loose that requires much less foot pressure and a more cruisy, relaxed, Machado-like style.
Don't have enough money to buy a new board, but feel the need for a change? Changing your fins is almost like changing your board... come check out the vast assortment we have at Hi-Tech. 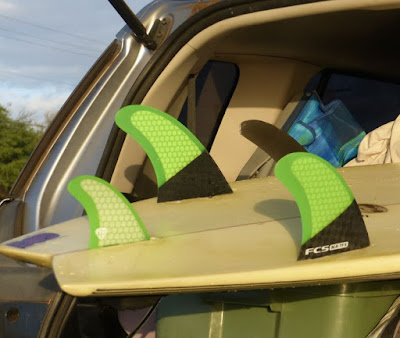 This is my pick of Jimmie Hepp's gallery of the windsurfing action at Hookipa. 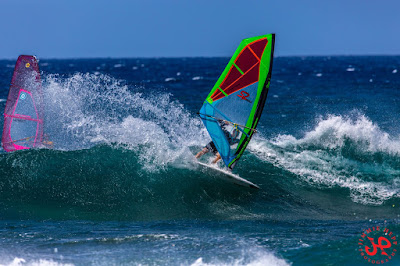 South swell still running, just went down a second or two in the period (which is great for many spots on the Lahaina side, btw). This image from the new cam shows a nice set at Breakwall, so I'm calling waist to chest possibly occasionally bigger. I will report around 8.30 from Ukumehame. Btw, yesterday I heard for the first time the nickname Nukumehame... good one! 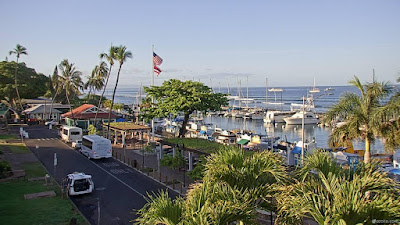 North Pacific has a NW, a NNE and the windswell fetch. I like the NNE one because is relatively close to us and because I like that direction. 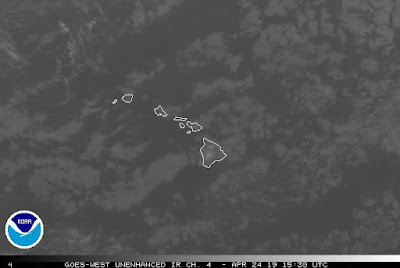