The funding campaign for the new Lahaina harbor webcam has raised $1595. Thanks a lot and let's keep them coming. I'm gonna start my posts with an update like this until it reaches its goal of $2,000. Please donate to the page, not to me. I have nothing to do with this campaign, other than the fact that I totally support the cause.

Two shortboard sessions for me yesterday. This drop is from the first one. 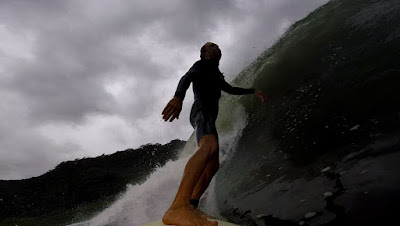 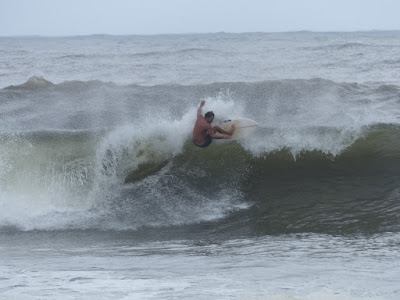 The Payzel sold quickly, so I pulled out this old trusty Rusty out of the rack. Forgot how quick and reactive a light epoxy board can be.


This is my pick of Jimmie Hepp's gallery of the day, which holds the answer to yesterday's question: 10ft 12s make for bigger waves at Hookipa than 8ft 8s, despite the more easterly direction of around 65-75. But there was also that NW energy in the water, so it's hard to tell. Oh well, missed opportunity to learn something. But it's thanks to this kind of analysis that one builds the personal database of info called "local knowledge". In my opionion, none of the automated near shore models of any forecast website will be more accurate than something that has been regularly empirically observed. 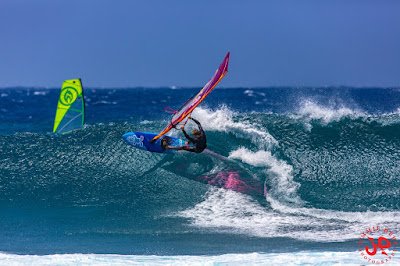 4am significant buoy readings
South shore
No indication of southerly energy at the buoys. Yesterday it was tiny but not flat. Probably similar today.

6.7ft @ 8s from 66° (ENE)
Once again the only buoy showing northerly energy is Waimea, the others are too exposed to the windswell to record it. OR the Surfline software that extracts the energy of the different swells disregards it. To try to give an answer to this disquieting dilemma, below are the spectrum plots of the two reported buoys. Also from this source, it seems that Pauwela doesn't really feel much from the NW, even though there is a little area (that I circled in red) of higher energy from the NW.
Shall we blame the buoys and make official my theory that they struggle registering small swells if there's a big one (specially a nearby generated very consistent one) in the water at the same time?
Whatever, as long as we know the fact, I don't care what's the cause.
But let me point out another big difference between these plots and the Surfline buoys readings: the direction. 358 at Waimea is extremely suspicious because, as we saw yesterday on the fetch maps collage, the fetch never really even crossed the date line. And in fact, the plot suggests instead a direction around 300-315, which is much more in line with the fetch position. So, if we assume that these plots are more reliable than the Surfline buoys direction indication, that also means that today's 62 degrees direction of the windswell at Pauwela is quite wrong, as the plot suggests 75-90 instead.
The same plot yesterday indicated 65-75, let's see if we can detect that in the water today (Hookipa should be quite a bit smaller) and learn something new. Oh dear, that would mean more diagrams to analyze every morning...
Never stop learning and, btw, I heard that Honolua had waves yesterday, just to prove me wrong...

North Pacific offers a NW and the windswell fetch. The first one is pretty weak, but it should get stronger tomorrow. 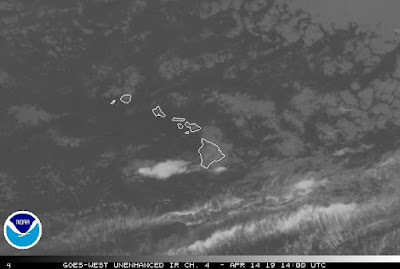